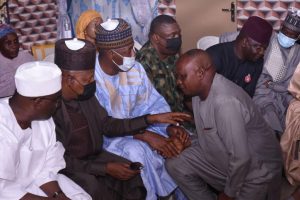 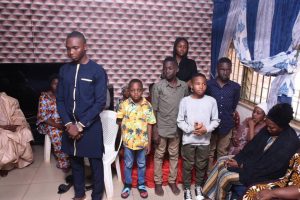 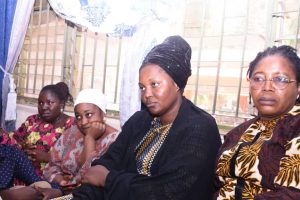 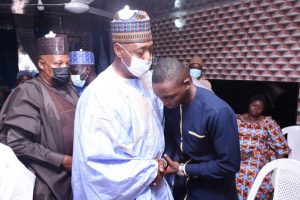 Borno State Governor, Professor Babagana Zulum on Wednesday gave N20 million to the bereaved family of late Brig. Gen. Dzarma Zirkushu, who was killed in a battle between Nigerian Army and the terrorist group, Boko Haram.

The governor gave an order for the immediate release of the fund when he led a delegation from Borno State on a condolence visit to the family of the fallen general at the Ribadu Cantonment in Kaduna.

Zulum’s spokesman, Mallam Isa Gusau who confirmed that the fund was immediately released in keeping to the governor’s instruction, said it is to support the bereaved family while noting financial support would equally be made to families of soldiers who died alongside Zirkushu.

Gusau disclosed that Zulum was received at the airport by Kaduna State’s Commissioner for Internal Security and Home Affairs, Samuel Aruwan, and Garrison Commander of the Nigerian Army’s One Division, Brigadier General T. Opuene.

He said the governor visited Zirkushu’s family alongside Borno’s three Senators, Kashim Shettima, Ali Ndume and Abubakar Kyari; the State Chairman of APC, Ali Bukar Dalori, and two members of House of the Representatives, Dr. Haruna Mshelia and Ahmad Jaha, who both represent constituencies that include Chibok where late General Zirkushu was commanding the 28 Task Force Brigade, and Askira-Uba which was attacked by insurgents, for which the General died.

Governor Zulum consoled the family and urged them to take solace in the heroic legacy bequeathed to them by the late General.

Zulum said the people of Borno will remain eternally grateful for the sacrifice of the late general and other soldiers who died with him, along with many others who made similar sacrifices as well as those in the front lines.

Meanwhile, the Kaduna State Government has announced a donation of N2 million to also support the family of the late Army general.

Aruwan said Kaduna’s support was to compliment Borno in reaching out to the late General’s bereaved family.

Garrison Commander, Brigadier General T. Opuene, who spoke on behalf of the family and the Nigerian Army, appreciated the governor and his delegation for traveling from Maiduguri to visit the family. He described Zulum as a compassionate leader whose support for the military is known to everyone.

Governor Zulum had, in September 2020, donated a similar amount of N20 million to support the widow and orphans left behind by late Col. Dahiru Bako, who died from wounds sustained while battling Boko Haram insurgents.

Col. Bako was Commander of 25 Task Force Brigade of the “Operation Lafiya Dole” in charge of Damboa and the surrounding axis in southern Borno.

Nigeria’s A Failed State But We’ll Turn It Around, Says Peter...