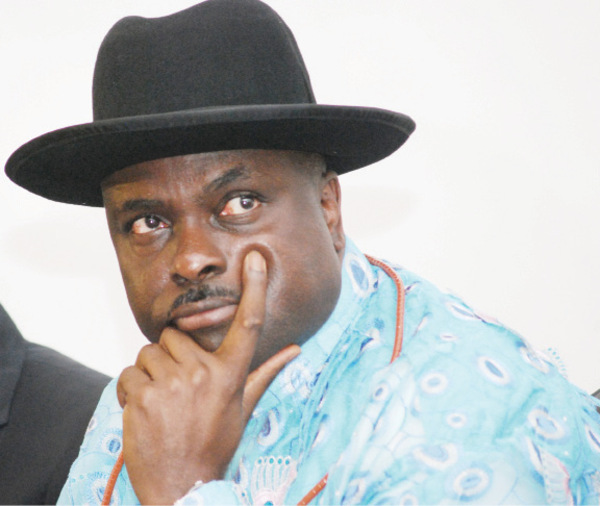 Candidate of the Peoples Democratic Party for the 2023 Delta State Governorship election, Olorogun David Edevbie, has felicitated Chief James Onanefe Ibori, former Governor of Delta State (1999-2007) and a PDP chieftain popularly acknowledged as the architect of modern Delta State, on the occasion of his birthday anniversary.

Chief James Ibori who is fondly called “Odidigborigbo of the Source” turned 64 on August 4, 2022.
In the goodwill message released by Fred Edoreh, his Director of Strategic Communications, Edevbie prayed to God to grant the former Governor the grace of sound health and peace unto ripe old age.

“My dear leader, HE Chief James Onanefe Ibori, my family and I join millions of Deltans and your well-wishers across the globe to celebrate you on your 64th birthday anniversary,” Edevbie said.

“May the good Lord bless you with sound health, sound mind, long life and peace unto your ripe old age. Congratulations”

Edevbie was a two-time Commissioner, from 1999 to 2005, in the administration of Chief Ibori before returning as Commissioner of Finance and later Chief of Staff under Governor Ifeanyi Okowa, from 2015 to 2021 when he launched his bid to contest for the Governorship of Delta State with the agenda of modernising and industrialising the state for greater economic performance, generation of employment opportunities and wealth creation for the people

Zulum Calls Out Residents Of Borno To Give Buhari Warm Welcome