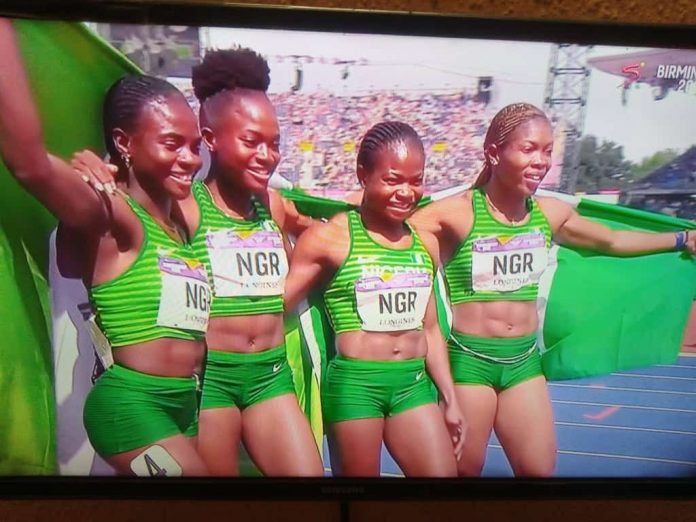 The quartet did in record-breaking fashion, running 42.10 seconds to break the barely old 42.22 seconds African record they set in Oregon, the USA at the World Athletics championships.

the first leg before handing over to Ofili who ensured Nigeria maintained the advantage before giving Chukwuma, the individual 100m finalist the baton.

Chukwuma ran the curve perfectly and handed over to reigning Nigerian 100m queen, Nwokocha in the first position.

Four years ago Amusan was part of the relay team that finished third at the Gold Coast in Australia.

Eight years ago, Blessing Okagbare, who completed the aspirant’s double inspired the team to a silver medal finish.

2003: Obi Pokes On Atiku, Tinubu, Says Presidency Not A Retirement...

Osun 2022: Adeleke’s Campaign Team Says Sanwo-Olu Will End Up Like...