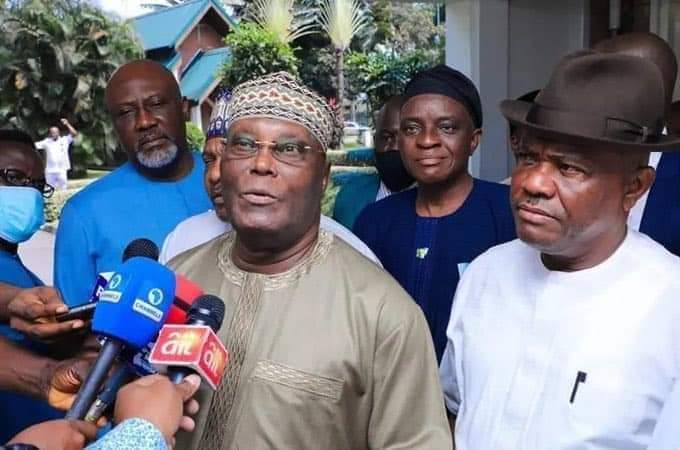 Chief Emeka Charles Kalu, a People’s Democratic Party (PDP) chieftain has called for the restructuring of the party’s leadership to allow equity and fair play in line with the party’s operational guidelines.

In a statement issued in Lagos on Saturday, Kalu, the National Coordinator, Peoples Democratic Party Coalition (PDPCO), said the party’s leadership should be reshuffled in such a way that will enable all the segments of the nation’s ethnic and geo-political zones to be equitably represented.

According to him, with the emergence of Atiku Abubakar, a northerner, as the PDP presidential candidate, the party’s National Vice Chairman (South) should step into the chairmanship position.

Kalu said: “Our support for Turaki Adamawa cannot be manipulated, nor bought over because his credence, good antecedents, goodwill and purposeful leadership remain golden on the plate of excellence.

“Waziri Adamawa (Atiku) requires the voting response of Southern Nigeria to win election and the party’s absolute compliance to the agreement and constitutional tenets would powerfully declare us winner in 2023 presidential election.”

Kalu stressed that with the 2023 presidential election drawing closer, all political parties had been busy harmonising on how best to put through blueprints towards winning the elections.

He maintained that the party had been busy in the planning its campaign and consulting on how it would be victorious to be able to transform the country.

He expressed joy that Atiku, a northerner was able to clinch the presidential ticket under the chairmanship of Dr Iyorcha Ayu, from North Central, which is a component of the North, even as he stressed that the party’s constitution must be respected by reshuffling the leadership “so that rooms for sentiment and double dealings would be permanently closed.”

Kalu continued: “Waziri Adamawa requires the voting response of Southern Nigeria to win election and the party’s absolute compliance to the agreement and constitutional tenets would powerfully declare us winner in 2023 presidential election.

“To connect Southern Nigerians in tandem with the philosophy of Atiku Abubabar, grassroots familiarity is required and this could be achieved as the party neutrally respects her lettered laws by substituting Dr Ayu with the appropriate person from the South as recognised by the party’s convention.

“Even in the belly of reconciliation platform being fielded by the party to ensure all stakeholders bury the hatches of grievances and work in one accord to attain victory, we recommend that the national administrative structures be balanced to accommodate all party faithful from the various ethnic nationalities in Nigeria.

“Party’s decision is always fundamentally supreme and needs to be respected to attract trust, inclusiveness and fairness in the handlings of the party’s affairs.

“It would be highly undemocratic to allow the national leadership of the party to be controlled by a person from the same part, ethnic and geo political affinity with the Party’s Presidential flag bearer.

“PDP Constitution must be respected no matter how fragile the environs seem. This has been the routines and guide lines governing the affairs of the party and to simply open and enjoy the fresh air of justice on the window of truth and agreement, we call for the honourable resignation of Dr Ayu to bring in a Southerner to substitute him.”

Taking 100 Million Nigerians Out Of Poverty Not Only Responsibility Of...