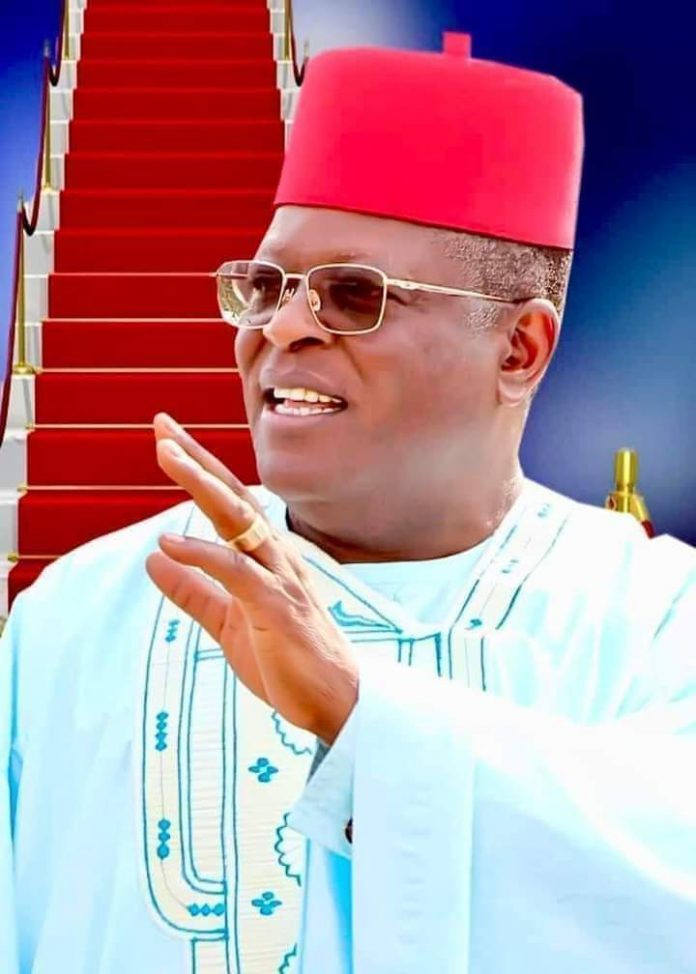 The administration of Governor David Nweze Umuahi of Ebonyi State to assist in the reconstruction of the retaining wall of the Ogwuma Edda section of the Ebunwana-Ekoli Edda road in Afikpo South Local Government Area affected by landslide.

Governor Umahi announced this when he inspected efforts to clear the area earlier blocked by the slide which occured two weeks ago following the federal government approval of the state government request.

The Governor while thanking President Muhammadu Buhari for the immediate approval of the request for intervention, appealed for understanding by residents of the area to enable government handle the situation.

In a statement by Mr. Chooks Oko, Special Assistant to the Governor (Media and Strategy), Umahi observed that over sixty five households inhabiting the hill along the retaining wall would be relocated to pave way for remedial work on the road.

“Let me thank our dear President very highly and I want the Edda people to thank him too.

“I did not even see him. I just wrote a letter to him while in Abuja and he immediately approved an intervention.

“What will happen is that we will get a place to resettle these people. We need to have a kind of small estate where these people will have to settle.

“Work will start immediately from Monday. We will know the houses that will be going and we will mark them.

“You will indicate where these people are going to be relocated and I want you people as Edda Community to help those people who will no longer stay here because when they stay here, not only that their lives will be at stake but also it will cause more slide.

“Slide is a very dangerous thing. It gulps a lot of money to remedy. So, let those who are staying near there be evacuated. We need to be our brother’s keepers”.

Governor Umahi further directed the Chairman of the Council, Dr. Eni Uduma Chima to secure a new settlement for residents of the affected area for onward evacuation.

“About 65 houses must have to leave that place. There is nothing else we can do than save the life of our people. We will support you within the limit of our resources.”

Earlier, the Council Chairman appreciated the Governor and the Federal Government for their timely intervention and pledged to partner the government to tackle the ecological challenge.

The Commissioner for Works and Transport, Ogbonnaya Obasi-Abara, an engineer, assured that residents of the area would be relocated as soon as possible to enable government commence activities on the road.

The Commissioners for Environment and Housing, Dr. Richard Nnabu and Chief Sunday Ugwuocha respectively pledged to fastrack the relocation process.

Some residents of the area including Ezeogo Charles Azuenya, Ezeogo Dickson Okorie among others, lauded the Governor for coming to their aide and promised to comply with the directive of the State Government.

It could be recalled that the Ogwuma landslide occured few miles from the multi million naira Inyere Edda bridge being constructed by Governor Umahi.

Osinbajo In Ghana For ECOWAS Extraordinary Summit On Guinea Crisis