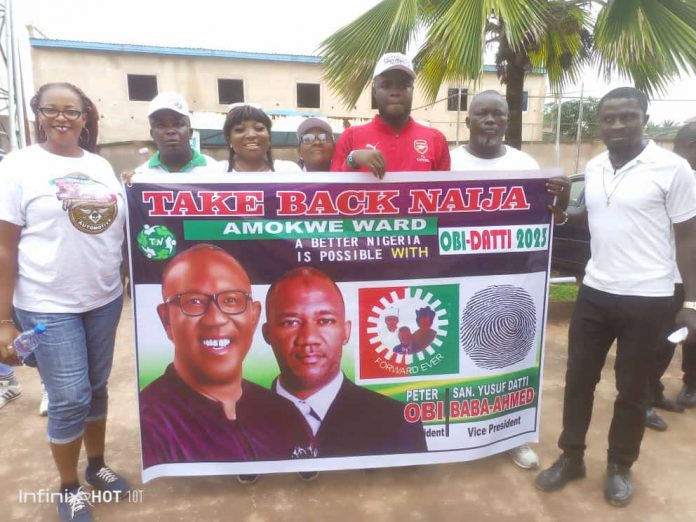 Mr Peter Obi, presidential candidate of the Labour Party (LP), said he has not promised to make anyone happy if he becomes president as he is not happy with the current situation in the country.

Obi who said this in an interview on News Central TV which was monitored by Daily Independent said what he promised Nigerians is to take the country and restore it to its rightful place in the comity of nations if elected president in the 2023 general elections.

On claims by some that he is stingy, Obi said he is unmoved, adding that the same thing was said about him when she was governor of Anambra state yet he judiciously utilised the state’s little resources for the common good.

He however added that his greatest joy is that nobody has accused him of being a thief or looting public funds.

He said “This is the time to scrutinise those who are offering themselves. When people are contesting in America, you see their uncles and aunties come out and say ‘yes, this person can be president or cannot be. That is where we are now.  You need to see the character of this man, he said lives in Onitsha; we in Onitsha know him”.

“I have seen even church people say the man doesn’t give anybody anything. I have been in positions where I go around, come to Abuja and people say the people are not happy with you, I said why? In my heart as governor, I never promised anybody happiness. I promised to fix schools. Are the schools working? Yes”.

“So, those who want to be happy can go to the people in entertainment who make people happy.  I am not happy myself. We want to fix it and I assure you we can start with the youths. All I am telling the youths are ‘come, let us take back our country.

“Nigeria has one of the most robust talented youths. You see this person you think is doing yahoo-yahoo, that is what happened in India, you turn them, lead them, you position them, and then they will change the world.

Nigeria at 62: Nigerians Tired of Leadership Failure, Looking Forward To...