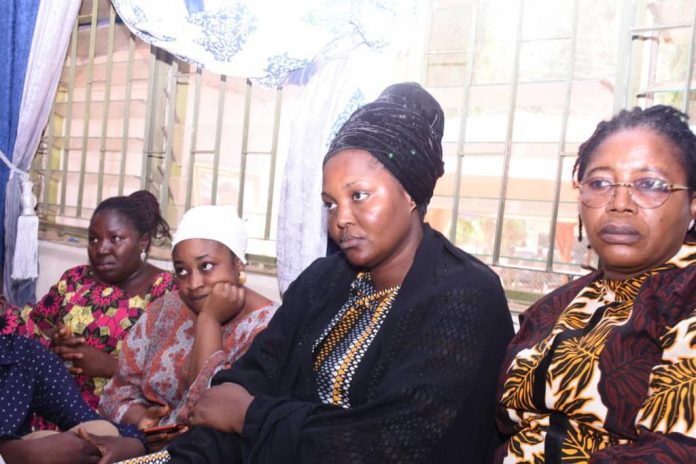 The United Nations (UN) has revealed that humanitarian assistance was delivered to five million people in Northeast Nigeria in 2021.

The world body however lamented that since 2016, the crisis in the region has claimed 35 aid workers, and left 22 others injured with another 28 kidnapped.

Schmale explained that this year’s theme #ItTakesAVillage is built upon the metaphor, “It takes a village to raise a child,” at an event commemorating World Humanitarian Day on Friday.

He said: “Just as it takes a village to raise a child, it takes a whole community to help people in need; to provide urgent health care, shelter, food, protection, transportation, security, water and much more.”

He noted that the humanitarian ‘village’ in north-east Nigeria proudly includes volunteers and paid staff from civil society, national and international NGOs, government, the United Nations and crisis-affected people themselves, adding that the vast majority of aid workers in Nigeria – including those who are exposed to the most risk – are Nigerians.

Schmale said: “Despite the many challenges in this crisis, we should all be immensely proud of the impact humanitarians have in north-east Nigeria. Through our combined effort our humanitarian ‘village’ delivered assistance to five million people last year. That assistance saved countless lives, improved living conditions, and protected the most vulnerable people.”

Schmale, while explaining that part of this assistance continues to be empowering affected people as part of this village to help themselves, advocated for the safety and security of aid workers, who often work in volatile and unpredictable environments.

He said: “Since 2016, 35 aid workers have been killed in north-east Nigeria, according to the Aid Worker Security Database (AWSD). Twenty-two has been wounded and 28 kidnapped.”

He however noted that: “So far in 2022, six aid workers have been kidnapped and one has been killed in the region (AWSD). Globally, in 2021 some 460 aid workers were victims in 267 major attacks: 140 aid workers were killed, 203 seriously injured and 117 were kidnapped. This marks the highest number of aid worker fatalities recorded since 2013, according to Humanitarian Outcomes.”

He lamented that the humanitarian crisis has continued unabated in north-east Nigeria, with 8.4 million people in need of humanitarian assistance this year, according to the 2022 Humanitarian Needs Overview, adding that the deteriorating food security and nutrition situation is one of the most concerning areas of this crisis.

Schmale after visiting a nutrition stabilisation centre in Damaturu and an MSF Hospital in Maiduguri noted that the “rising number of children being admitted to these and other facilities is deeply troubling. We cannot allow children to suffer and some die because they do not get enough to eat.”

He highlighted that “As we celebrate this day, we must remember that 4.1 million people across the north-east are facing hunger, trying to cope with its dangerous repercussions. We must put them, and all crisis-affected people, at the centre of World Humanitarian Day.”

He noted that the 4.1 million is a projection from the March 2022 Cadre Harmonisé (a joint food security assessment) of the number of people who will face food insecurity at crisis levels this lean season, not knowing when or where their next meal will come from. Among those, an estimated 600,000 are projected to be at emergency levels. For an already vulnerable population, this puts their very survival at risk.

He said to respond to these and other urgent needs, the humanitarian community in north-east Nigeria works jointly as one ‘village,’ taking collectively to get help where it’s needed most, disclosing that the UN and its partners aim to assist 5.5 million people through the 2022 Humanitarian Response Plan, and funding is urgently needed.