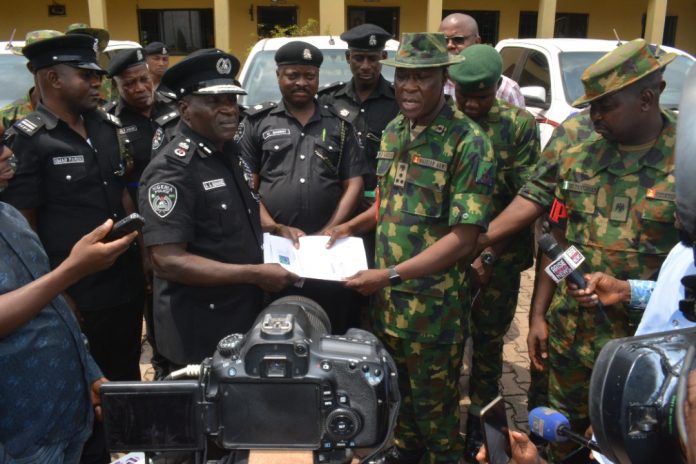 The donation is one of the efforts to deepen the job of crime prevention, control and management as well as inter-agency cooperation amongst security agencies in the State.

This was made public in a statement by the Police Public Relations Officer, DSP Bright Edafe in Asaba, Delta State capital on Wednesday, a gesture commended by the Delta State Police Command.

The Chief of Defence Staff (CDS),  General Lucky Irabor who was represented by the Brigade Commander, 63 Brigade, General Mayeranso David Saraso, stated that the gesture as tools to support the security agencies and enhance their performance towards providing adequate security of lives and property of citizens in the state.

CP Ari said the gesture will in no small way boost the morale of the Police personnel in the State as he assured the CDS that the vehicles will be put into good use, that it will enhance the fight against crime and criminality within and across the State.