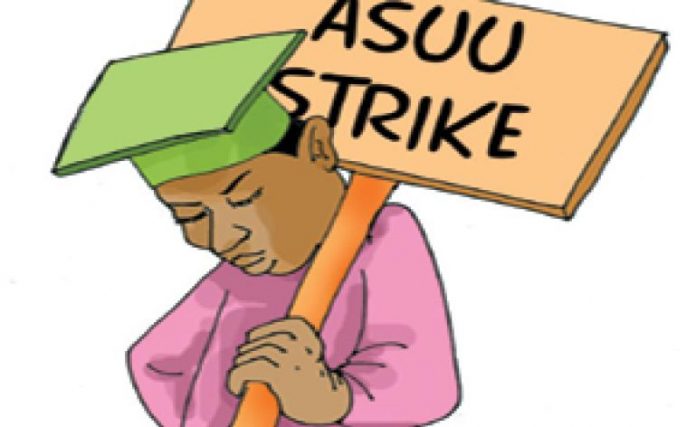 As Kebbi State University of Science and Technology Alieru (KSUSTA) grounded academic activities following the National strike declared by the mother union across the country, the management has decided to withhold the salaries of striking lecturers of the university.

Confirming the development via telephone, the state branch chairman of ASUU, Dr Ibrahim Yale said the vice Chancellor of the university, Professor Bashar Ladan Alieru has singled out principal members of the union which include deans, HODs, and other lecturers with responsibilities in the university and paid them.

Yale added that his members asked him to return his salary and those of others who were paid by the management but they instead agreed to assist unpaid lecturers with fifty thousand naira (50, 000) as support for at least three months pending what happens next.

Comrade Yale who decries pressure from the management to quit the ongoing strike reaffirmed his branch commitment to the mother union, he call on the federal government to reconsider her stance on “no work, no pay,  as it will have negative consequences on the students when the storm is over while charging his members to remain focused and steadfast, he assured them of light at the end of every black tunnel.

APC Stalwarts, Others In Delta Central Decamp To PDP At Rally...