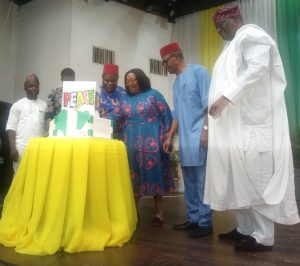 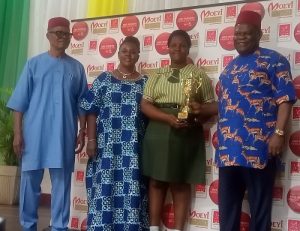 An elder statesman and leading light of the intellectual community, Professor Anya Oko Anya has said that for Nigeria to make progress politically, the first task is to deal with the state of insecurity as the country is in the midst of a national emergency of the gravest danger.

To deal with the insecurity, he said the country’s leaders need to recall and mobilise all the retired military and paramilitary personnel in the country because amongst them are reservoirs of experience, expertise and patriotism that can be ignored only at the nation’s peril.

He also stated that the country needs to create an environment for enduring social and political harmony and the easiest path to that end is the immediate implementation of those aspects of the 2014 National Conference that have constitutional and long-term policy impact.

Prof Anya, multi-dimensional personality, statesman, scientist and boardroom guru, was speaking at the 21st Mike Okonkwo annual lecture, which was held on Thursday in Lagos State, with the theme: Nigeria: Culture, Values, Democratic Governance And Development. He added that the system through which leaders emerge must apply a strict set of criteria based on merit and excellence.

Prof. Anya has said the problems facing Nigeria are multi-dimensional and require decisive leaders, who must share a common code of values to salvage the situation.

“It can be said that the crying need of Nigeria is clearly to find those who can build a new Nigeria on a new foundation. Needless to emphasize such a leader commands the trust and loyalty of the followers,” said Anya.

Quoting the late Albert Einstein, he said” “you cannot expect those who created a problem to have the capacity to solve the problem. That is the central dilemma that faces us as a people presently”.

He said further, “the system is corrupted from the grassroots to the apex of the Leadership as demonstrated by events and the outcome of the party congress of both parties (the ruling All Progressive Congress and main opposition Peoples Democratic Party)”.

The speaker suggested the establishment of normative values that drive social change in each major component of the geopolitical zones in the country.

The second step he said, is to create an environment for enduring social and political harmony and the easiest path to this according to the Professor, is to implement aspects of the 2014 National Conference that have constitutional and long-term policy impact.

He added that there was also a need to develop a strategic plan that aims to create a new environment for the selection, training and development of a leadership elite, with emphasis on teaching the youths who have the greatest potential for adaptation.

Anya also stressed that a system of incentives, rewards and punishment conducive to the promotion of good behaviour in the economy must be in place.

“Despite the cloud of despondency, evil and hopelessness, a new Nigeria is rising in the horizon. It will be driven by a new crop of exceptional youths, gifted in their creative talents and committed to the pursuit of merit and excellence within the framework of a new national code of values of truth, justice, equity and righteousness, ” he concluded.

Earlier, the Chairman of the event Commodore Ebitu Ukiwe, noted that never in the history of the country did things get so bad. “I cannot think of anytime or period this country Nigeria has ever faced the level of challenges, such as intolerance, hate and division among ethnic groups, compounded by various levels of insecurity and extreme poverty,” Ukiwe, a former Chief of General Staff said.

The Special Adviser to the Lagos State Governor on Religion, Chieftaincy and Local Government Prince Bayo Osiyemi, in a remark, commended religious institutions for constantly preaching the need for peaceful and harmonious coexistence.

Osiyemi who represented Governor Babajide Sanwo-Olu at the occasion said the state government is irrevocably committed to offering responsible and responsive leadership as evident in the massive road infrastructural and other developmental projects.

“As stakeholders, we as government and you the governed must continue to show patriotism in playing our roles to build a nation of which we will all be proud,” the Governor said.

He added that Lagos State remained the safest and most secure in this country at the moment, as a result of the huge investment in security architecture.

Giving the vote of thanks, the Presiding Bishop of The Redeemed Evangelical Mission (TREM) Bishop Mike Okonkwo, said the annual event coincides and is a way to mark his 77th birthday, expressing hope that things would get better.

“God has blessed this country with so much. I don’t think there’s any country in the world that is endowed as this nation. There is none. The only thing is that they were able to manage what they have,” Okonkwo said.

The high point of the event was the presentation of awards and gifts to winners of the 17th Mike Okonkwo National Essay Competition and the cutting of the cake.

The top three winning schools were presented with computers, while consolation prizes were awarded to seven other contestants who emerged fourth to 10th position.

A final year Senior Secondary School student from the State Senior High School in Ikeja Ayeni Oluwanifemi Bright was announced as the overall best in the completion that received over 1000 entries and she received a laptop in addition to the other gifts for the first position.