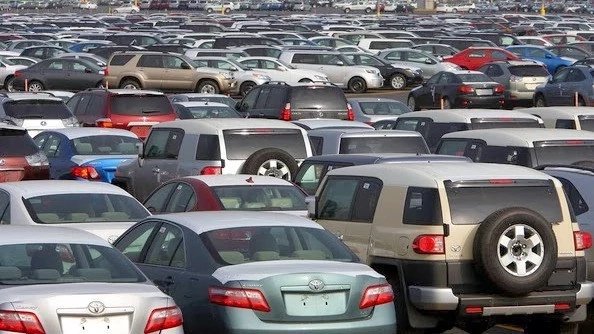 The Nigeria Auto Journalists Association, NAJA, the umbrella body of journalists covering the automotive industry in the country has called for a more proactive measure from state governments arresting and contravening motorists using faded vehicle number plates across the country.

NAJA Chairman, Mr. Mike Ochonma, who made this position known in a statement made available to newsmen over the weekend wondered why the unsuspecting vehicle owners are subjected to such traumatic experience when they processed and procured their number plate from the relevant authorities.

Mike Ochonma while recognising the efforts of the various authorities in curbing the increasing number of faded number plates in use across the country also challenged authorities producing the number plates to use
quality paint and other printing materials that will have a longer life-span.

This measure he noted, will save vehicle owners from the harrowing experience they face regularly in the hands of both the state VIS officials, the Federal Road Safety Corps, the Police and other statutory authorities.

The NAJA Chairman also recommended that, owners of faded vehicle number plate if arrested or stopped on the road for such reasons and it is proved that, the vehicle owner can either be given a period of grace within which to get a new one at a discounted price at the time when they are renewing their vehicle particulars

Some of the motorists said on many occasions, they were made to pay varying amounts of heavy fines of up to N20,000 and above with further directive to procure a new number plate for no fault of theirs in addition to the alleged contravention.

According to state VIS sources, motorists with faded vehicle plate numbers are violating traffic rules and must pay fines.

All vehicle number plates both the VIS and FRSC officials said must be visible from at least 50 meters away, otherwise it constitutes an offence to use it, adding that, if a clear view could not be achieved, then the number plate was not performing its function. For example, if a vehicle is stolen, it is the number plate that will be used to identify the vehicle to report to security agencies”.

However, in its submission, NAJA said it was improper to impound people’s vehicles or impose fines, adding that defaulting drivers should rather be made to make payments for automatic replacement.

Speaking on the alleged low quality of the number plates, Ochonma said it was important for road enforcement agencies to find solution to the low-quality vehicle number plates in circulation.

“Having faded vehicle plate numbers cannot and should not be blamed on motorists. They were not the people that produced the plate numbers. Hence, it is bizarre that such motorists would be made to pay for offences that are allegedly committed due to no fault of theirs”.

“We believe those charged with production of the said substandard number plates which fade easily, instead of heaping the blame entirely on motorists.

“As an association, we urge that to ensure that the number plates being produced by the Lagos state government through the Lagos state Number Plate Production Authority (NPPA) and othe production centres for instance, are produced under strict supervision of its quality control officers.

Vehicle number plates, NAJA Mike Ochonma submitted, should be able to last for about 12 years without getting faded.

Power Generation: Obi Will Not Join Issues With Anybody