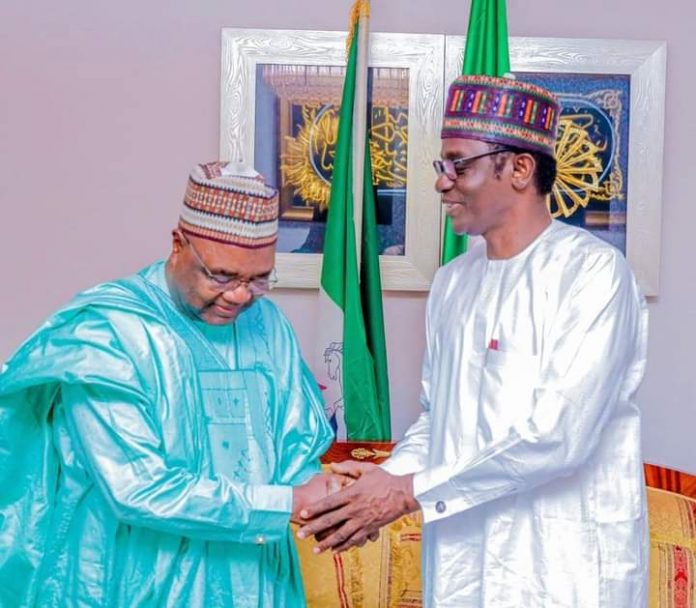 As apolitical realignments continue ahead 2023 elections, the former Senator and stalwart of the Peoples Democratic Party (PDP) in Yobe State, Senator Adamu Garba Talba, has dumped the party and joined the ruling All Progressives Congress (APC).

Senator Talba, said his decision to move to the APC is to identify with the gaint strides of the APC administration in the state and to ensure continuity in development.

He said there is no hope for Yobe state and Nigeria in any other political party than the APC.

“I am here in APC for good and for the betterment of Yobe state and Nigeria” he added.

“Frankly speaking, there is no any other better place for you and all other Yobeans like the APC.

“We all have roles to play and contributions to make for a greater Yobe state and Nigeria.

“You are therefore welcome back and look forward to your positive contributions to enrich the party, build Yobe state and the development of Nigeria” Governor Buni said.

Some party chieftains including Alh. Mohammed Wali Shettima and the state Commissioner for works, Engr. Umar Wakil Dudaye, supported Governor Buni, to receive the former legislator in a brief ceremony.

Why I Want More Youths In Government, Says Edevbie

Customs Intercepts 389 Parcels Of Cannabis, Other Contraband Worth N60m

BREAKING: PDP Commences Sale Of Form For Chairmanship, Other Positions On...