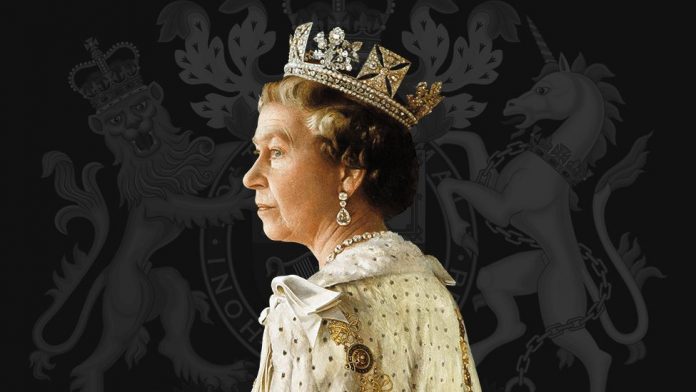 A critical chapter in the history of the British empire was closed on Thursday, 8th September 2022, and a new one opened. Queen Elizabeth 11 died at her holiday home in Balmoral castle in Scotland. Her over 70-year-old reign on the British throne meant no monarch reigned longer than her in more than a thousand years of British history. No other head of state today is as well-travelled, politically experienced or astute as the Queen. She was one of the most recognised figures in the world.

The Queen was the symbol of true Britishness, the embodiment of its democracy and a stoic representation of stability and continuity, bridging the old and new in the dynamic and increasingly turbulent world. The Queen, a figure of great respect and admiration by many globally, was dearly loved in Britain and the Commonwealth. Her death had many implications for people worldwide, particularly those searching for identity, stability, continuity, and a symbol of unity.

Queen Elizabeth 11 was not only the Queen of England but a symbol of an enduring monarchy that triumphed for all seasons and successfully united the past and present and matched into the future without losing relevance. This Queen was so good at controlling the monarchy that people around the world tend to forget that the monarchy is an institution like other organic institutions of everyday life subjected to vagaries of changes and vicissitudes of socio-political drudgeries of life beyond anybody’s control. The Queen’s astute devotion to duty and modesty made the average Briton proud of the monarchy, which is evident in people’s responses to her death in Britain and globally. She is held in the highest esteem by many. And this is due to her uncommon sense of decency, duty, and loyalty to her family and the state.

The dynamism of the British monarchy has seen it survive rapid changes and adapt to a new world system. Under the reign of Queen Elizabeth, the monarchy has survived a world war, the spread of democracy, the end of colonialism, the decline of similar institutions elsewhere, the rise of individualism and the unprecedented influence of technology. Yet in all these changes, by simple reason of self-discipline, devotion and adaptability, the Queen, the symbol of the monarchy, continued to be seen and admired as a symbol of stability, continuity, and responsibility, uniting the proud legacies of the British empire of old and aspiration of modern Britons.

In performing these duties and caring for her subjects’ interests, the Queen won the hearts and minds of Britons and many admirers globally. She inspires a sense of pride in the monarchy, albeit a constitutional monarchy with most state power devolved to the parliament.

The British monarchy has managed to operate above politics, maintained neutrality d has done everything possible to unite the people and give them hope. Whereas it does not interfere with the day-to-day management of government business, it has remained relevant in protecting the interest and welfare of the average British. This complementarity of the relationship between the people and the monarchy creates immense pride in the institution. And it inspires the people to love, cherish and defend the monarchy and the Queen against the scathing attacks of the anti-monarchists.

Love for the monarchy is seen in the outpouring of grief in Britain and globally at Queen’s death. This grief is succinctly captured by the French President, who told the British that Queen Elizabeth 11 was their Queen, but she was the Queen to him. World leaders and ordinary citizens in Britain are in solidarity with the royal family, the British government, and the citizens of Britain in grieving for the Queen. The question is: how is it that the British are so proud of their monarchy as an institution, which ordinarily ought to be an ancient historical artefact, whereas Nigerians are not proud of their country’s national institutions such as the National Assembly, Judiciary, the military and traditional rulers? Are Nigerians loyal to these institutions ?Do they trust the representation of these institutions ?

The answer to these questions lies in the role of such institutions and their impact on the people. Many Nigerians distrust these institutions and hate relationships with them and those leading them. This lack of trust is a product of their experience with these institutions, which is often negative, and impactful.  Historically and presently, the actions and inactions of these institutions do not inspire a loving feeling amongst the citizens. The military institution in Nigeria is increasingly smeared in sleaze, corruption allegations and perception of ineffectiveness  It is seen as failing to tackle insecurity within the country, and when it relates to citizens, some unscrupulous soldiers lord it over or even maltreat citizens they are supposed to protect. Their political incursion left a sour taste in the mouths of many citizens who blame the military involvement in politics as the cause of Nigeria’s myriads of problems.

The traditional monarchies are quickly losing the respect and love of the people because many are hugely political, and others are corrupt and are not upholding the high moral and traditional standards of the people as custodians of our shared cultural heritage. National Assembly is perceived as an institution that oppresses the people instead of defending their interests through representation and law-making. The ties that bind citizens with these institutions are loosening by the day because they do not positively impact Nigerians, and they have become part of the problem instead of a solution to our collective problems.

Many Nigerians do not believe these institutions have their interest at heart, and some are not even fit for purpose. The ordinary person does not see the judiciary as his last hope because he believes that justice is commercialised, and the courts are the playground of the rich where justice is bought and sold to the highest bidder. Ask any average Nigerian whether he wants to settle a court case. Many will rather be victims of injustice than accept the arduous journey in our courts.

Some Nigerians will accuse the executive arm of the government of mismanaging Nigeria, and some of the leaders in the executive arm have been proven to be either incapable of leading their home, much more leading a nation, or crassly and fantastically corrupt, that they engage in wanton primitive accumulation of wealth by stealing from our commonwealth. The recent sleaze emanating from the defence of some corrupt leaders who claim that snakes, rats, and other animals swallow financial documents or lump sums of money does not inspire a love relationship between them and the citizens. This is made worse by the fact that these allegations often go unpunished, and perpetrators continue to serve in government in one way or the other.

Many Nigerians see these institutions as agents of subjugation and oppression of the citizens. They feel these institutions serve the narrow interests of the elite and do nothing for ordinary Nigerians. The more the citizens suffer economic hardship and political brutality from the government and its institutions, the more the hate relationship intensifies between them. In the end, it will be interesting to see a credible survey on citizens’ trust rate in six critical national institutions: the army, police, National Assembly, Traditional Rulers, the Executive, and the Judiciary. It may open our eyes to the gap between the leaders and the led and why our institutions cannot get the same level of loyalty as the Queen got from Britons.

Loyalty is won through a positive impact on the citizens. Great leaders like Awolowo, Azikiwe and Tafawa Balewa received similar grieving from citizens when they died. Their contribution to the development of Nigeria was clear to the citizens, and they developed a connection with these leaders because of the impact their leadership had on people’s lives. Like the Queen and patriotic Nigerian leaders of national institutions, new leaders and institutions must change and impact positively on the people by putting their intinterestsove personal interests

All institutions must reinvent themselves to survive. The monarchy in Britain was adept at constantly reinventing itself to make a meaningful impact on society. The Queen was an expert in doing this. She understands that change is constant and managing it has become an expanding discipline, and how we embrace the change defines our future. The benchmark for managing these changes is positive and impactful leadership. Doing it selflessly, quietly, and with a sense of decorum no matter the prevailing circumstance is what endears leaders and institutions to the citizens.

We must do whatever it takes to improve the relationship between Nigerians, the leaders, and the institutions. Like the Brits love and cherish functional institutions that add value to their society, like the monarchy, may Nigerians learn to cherish institutions that impact their lives positively and use opportunities that present themselves to show the world that we love our institutions.

ASUU, FG Face-Off Over Half Salary: No Work, No Pay Policy...

2023: Only PDP Can Rescue Nigeria From Insecurity, Hunger—Diri, Wike