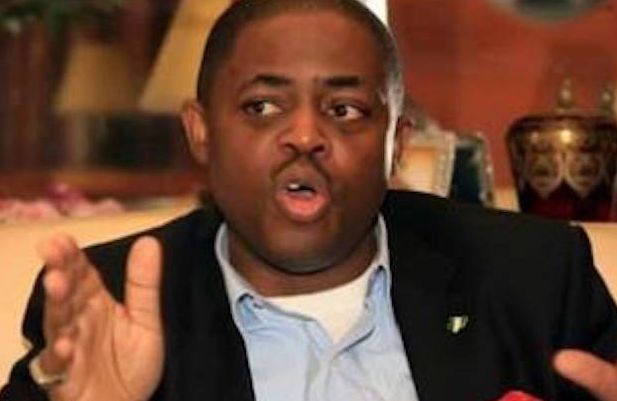 When Chief Olusegun Obasanjo was said to have won his second term in office, Nigerians expressed their opinions on how they wanted his Cabinet to look like. Consensus of opinion preferred a Cabinet dominated by young people, who would be willing and able to work towards national transformation. Thus, when the likes of Femi Fani-Kayode were appointed, joy was universal.

I am one of those who believe that the youth should be empowered to make meaningful contributions to the nation. When you look at other nations, especially democratic ones, you will notice conscious efforts to enthrone the younger ones in power. There is nothing wrong with that since the younger ones have more stakes in the progress and future of the country and should be trusted. I say this because of gerontocratic nature of our society, where old men who should be in retirement are endlessly re-cycled as epitome of wisdom. I understand that doing critical meetings, rather than contribute, some of them sleep of.

It is against the foregoing that Femi Fani-Kayode’s appointment was welcome by Nigerians. As John Buchan said, “Public life is regarded as the crown of a career, and to young men it is the worthiest ambition.” With Femi’s appointment, we expected a worthy performance as a sort of guarantee to whoever becomes the president in 2007 to take the young ones into the reckoning.

Handsome, courteous, intelligent, brave; what more could Nigerians ask of Femi other than for him to translate this good qualities into serving the country.?As the Special Assistant to the President on Public Affairs, we may now sit back and look into his performances so far and ask: how far has Femi Fani-Kayode gone? This is a legitimate question that beyond Femi, should be asked of other public office holders.

I like the passion and dedication with which Femi does his job, and I am sure his principal likes it too, otherwise, he would have fired him. Seeking faults in him, I find none but his overzealousness which has often pushed him to defend his boss even when it means telling cheap lies. Femi, once again, renews the saying that “It is a lesson of history that men lie most when they govern states.” Interacting with some Nigerians who had watched and heard him speak, they say that whenever he speaks these days, they will either switch on to another station or put off the medium.

The singular act that brought Femi’s phenomenon to Nigerians was Colonel Abubakar Umar’s (Retd) open letter to MMrPresident and Femi’s reply. the letter and the reply still vibrate with excitement and are still hot with the hatred of enemies brought face to face in war. Both warriors exhibited violent outbursts of hatred, misrepresentation, and controversial ferocity.

Though Umar’s letter was harsh and adjudged extreme, br than circumspect in his reply, Femi was crude. He spoke of Obasanjo as the common father of the nation, and Omar as intent a patricide, he charged him not with cogent evidence, but with innuendoes. In Femi’s reply, he framed a barrage of rhetorical questions to make answers difficult or damaging, he heaped charges against Umar in periodic sentences whose clauses were lashes, and whose torrent overwhelmed. The reply did not pretend to be fair; it was defamatory rather than declamatory. Femi did not hesitate to apply to his victims, including Umar, terms like “pathological liar,” “treacherous” “ingrate,” “destructive fake,” etc.

Recently, when the controversy surrounding the summons on Chief Emeka Odumegwu-Ojukwu raged on, Femi spoke in his characteristic way. His latest speech was on the rejection by Professor Chinua Achebe, of the honour bestowed on him by the Federal Government. Analysing his reply, he tried to be cautious, but his quest to please his master was still detectable. It has got to a point that people now question the wisdom of attributing his statements to the Federal Government, on the reason that it debases the weight the releases from that office ought to carry.

The young ones who earlier identified with Femi are now disappointed. Why should they not, when their former idol has made himself a general butt for the mockery of most Nigerians, who now make frequent reference to him when they have in mind to disgrace or calumniate any person in authority who speaks before thinking? His indiscretion has reached a stage whereby we have to caution him, as Zeno cautioned a youth who spoke likewise in his days. Femi, “the reason why we have two ears and only one month is that we may hear more and talk less.” Chief Remi Oyo, even though the President’s spokesperson, talks with a lot of circumspection. Nigerians listen to the Minister of Information himself, Chief Chikwuemeka Chikelu, because he knows when to talk, what to say and how to say it, without making enemies thereby enhancing the overall image of the government. Those of them serving Obasanjo should realise that they may still be in politics long after Obasanjo is gone as the President.

The fundamental flaw exhibited by the tribe Femi belongs, if we want to do a philosophical analysis, has to do with human nature. HA human being is naturally selfish, he tends to be attracted to that which benefits hthemor he feels will further their aims. He does in politics exactly things that are contrary to his beliefs when not in politics. So mingled of angel and brute, the a repeats the contradiction of mind and body and reminds us of the Chimera, which in Greek mythology, was a she-goat with a lion’s head and a serpent’s tail. Thus, Blaise Pascal says of man: “What a Chimera is ma-an! What a novelty, a monster, chaos, a contradiction, a prodigy, Judge of all things, and imbecile norm of the earth; depository of truth, a sewer of error and doubt; the refuse of the universe. Who shall unravel this confusion?”

The contradiction in man, as Femi’s tribe, shows us is most manifest when he governs the state. Thus, there is nothing human beings have not done, and will not hesitate to do to retain state powers. When Femi was not in power, he was critical of Obasanjo, now he is in power he is infinitely ready to justify every action of Obasanjo. Most of us have heard of the renowned John Milton who wrote the equally renowned Paradise Lost. In another book, Areopatitica, Milton argued against the censorship of books. Milton said, “He who kills a good book, kills reason itself.” Very soon, when, in 1649, Milton was invited by Crownwell to join the government, Milton joined with other employees of the Council in suppressing books. The one who had written the most eloquent appeal ever made for freedom of the press was now looking at censorship from the view of the ruling power. What a Chimera is man!

Yesterday, Femi wrote against Obasanjo and criticised those that jettisoned principle, those who, like the proverbial dog, left off barking in defence of the masses because bones were thrown at them. Femi and his tribe criticised and pontificated their superior values. Today we are criticising Femi and his tribe, while tomorrow others may rise to criticise us because some of us would certainly follow the way of the Femis.

I am not saying that critics should not join the government, they should; what I say, however, is that we should not allow the crumbs we get to blind us from trying to correct those ills we spoke against. We have to, ab initio, be faithful to the government we serve, and above all to our conscience. Femi’s volte-face pains me particularly because he gives uninspiring examples to the younger ones thereby jeopardising this otherwise bright future If other Nigerians feel disappointed, as is the case, you are now left to imagine what his immediate constituency – the bar – feels.

Meanwhile, we join all men of goodwill in condemning the shooting of yesterday. May God crown the efforts of Gov. Soludo in security with success.

*First published in 2004. Being re-published because Femi has not changed

With City Park, Sagamu-Abeokuta Road, Its New Lease Of Life In...