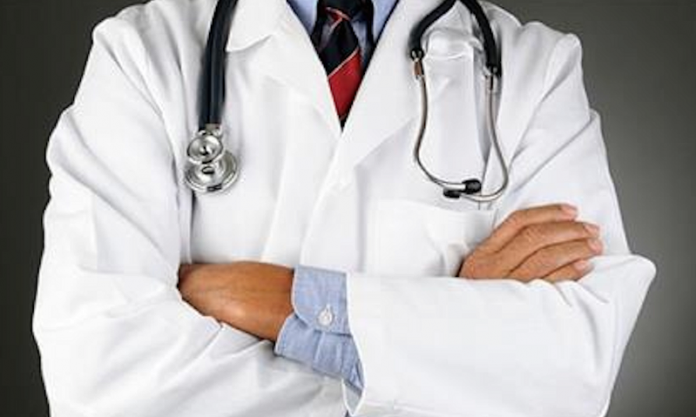 For the Medical Director of Faith Care Hospital,  Dr Victor Aghomo, located at FESTAC Town, Lagos, this is not the best time.
He has been dragged to court on murder charges over the death of a female patient, Joy Ifeoma Uzoka, suspected to be due to professional negligence.
According to reports by P.M.EXPRESS, the Medical Director, Dr Agbomo, was said to also be facing disciplinary action against his alleged gross misconduct by the Nigeria Medical Association as well as a criminal investigation of culpable homicide to with murder.
The embattled Dr Aghomo has been arrested and detained by the Police intelligence team from State Criminal Investigation Department, Yaba, Lagos over the death of the ate Uzoka, who was brought to his hospital and died due to alleged negligence.
This followed a petition to the Commissioner of Police by the members of the family of the late Uzoka, who alleged that Dr Aghomo caused her death when she was brought to the hospital for treatment due to his professional negligence.
The Police then moved into action and arrested him for investigation but he denied causing the lady’s death due to his negligence. However, in the course of the investigation, the Police found him culpable for the alleged murder.
He was then charged before the Ebute Metta Magistrates Court for murder.
When he was arraigned, the Court did not take his plea following a motion moved by the prosecutor,  Inspector Jimah Iseghede, asking the Court to refer the matter to the DPP for advice since the matter involved death and capital offence, which stipulates death as the penalty.
The Presiding Magistrate, MMrsO.M. Ajayi, ordered his remand in the correctional centre pending the outcome of the DPP’s advice and directed the prosecutor to duplicate the file and send it to the DPP.
The matter was adjourned pending the outcome of the DPP’s advice, which will determine if the matter will be transferred to the High Court or not over jurisdiction

Reassigned Minister Of Environment Hands Over To Ikeazor

Now That Ndigbo Have Stepped Out For The Presidency