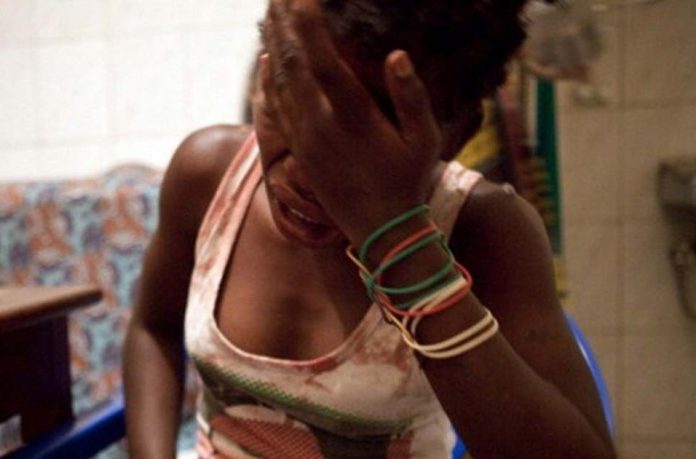 Mrs Monica Gambo, a woman starved of sex, has cried out before the Court that she cannot continue being denied sexual satisfaction in her marriage with her husband, Yakubu Gambo, while other women enjoy him.

Thus, she filed a suit before a Customary Court seeking the dissolution of her marriage with her husband, Gambo and stated that she had been traumatized in the marriage because her husband, Gambo, had been denying her sex.
P.M.EXPRESS reports that the embattled Monica, who is a businesswoman, filed the suit before the Customary Court in Nyanya, Abuja and told the Court that she cannot continue to cope without having sex and wanted the marriage to be dissolved so that she can move on with her life.
“My husband has taken to an adulterous life and brings all his lovers to the house to commit adultery with them but denied me sex while satisfying himself with other women.”
“He denied and starved me of my conjugal rights and I cannot continue to live with him,” she said.
She also told the Court that her husband had been threatening to kill her and take over her property and pleaded before the Court to dissolve the marriage and issue an order to her husband to vacate her property so that she can move on with her life in peace.
However, the husband, Yakubu Gambo, who is the respondent and was present in Court, denied the allegations but could not explain what he did to her which prompted her to file the suit before the Court.
The Presiding Judge, Shitta Mohammed, adjourned the matter to 20th September 2022, for the continuation of hearing

Delta: Augoye Is Candidate To Beat In 2023

Workshop Will Bridge Participants’ Gaps On Production Of Quality Products—Ministry

I’m Not A Latecomer To Rivers Politics, Eze Replies Abe