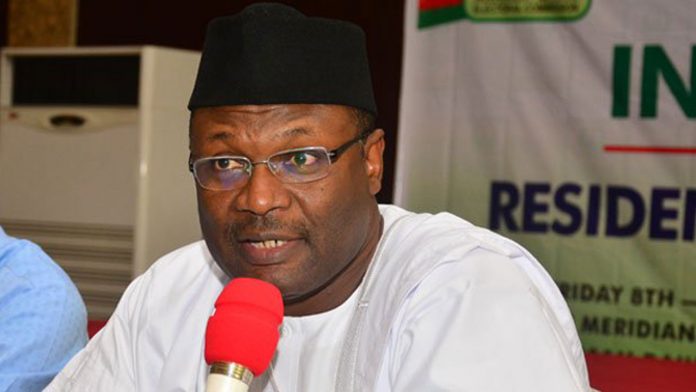 The pan Igbo socio-political group, Ohanaeze Ndigbo has cautioned the Independent National Electoral Commission (INEC) against losing the confidence of the Nigerian voters.

The group urged the Prof. Mahmood Yakubu-led INEC to push through every legitimate measure to ensure credible elections.

A press statement issued by Mazi Okechukwu Isiguzoro,
Secretary-General Ohanaeze Ndigbo worldwide accused Prof. Mahmood Yakubu, the INEC Chairman of not being prepared and competent in conducting free, fair, and credible elections in 2023, alleged that he has endangered and compromised his office with the level of falsification allegations levelled against him by the Coalition of United Political Parties CUPP which revealed that the INEC Chief Umpire is biased, unpredictable and unreliable to independently give Nigerians a credible election.

“The best option for him is to tow the path of honour and resign honourably or if he refused to quit honourably he should be sacked and interrogated by the relevant agencies for the manipulation and distortions of Voters register in line with the laws of the land”, the document stated.

“Nigerians have lost confidence in the electoral process under the watchful eye of Prof. Mahmood Yakubu as his continued stay as INEC Chairman constitutes a security risk for the country and any elections supervised under him might not be acceptable and can trigger an avoidable constitutional disaster that might derail our hard preserved Democracy in 2023”

“Irrespective of the outcome of the Osun and Ekiti elections, there are so many sins of Prof. Yakubu that should lead to his sack, the issues of sacking INEC officials in the database was obviously for the falsification allegations against him by CUPP and Prof Yakubu’s disobedience to the pronunciation of Supreme Court verdict on APGA leadership crisis”.

“Prof Yakubu owes Nigerians an explanation for the falsification allegations by CUPP, or Nigerians are hoping for President Buhari to get rid of people like Yakubu before he destroys Buhari’s parting gifts for Nigerians, a promise of a free, fair, and credible election in 2023, ” this is the best way to get rid of bad eggs in INEC and Prof Yakubu should be shown the door or he will plug Nigeria into a constitutional dilemma and crisis”.

“As Nigerians schedule to occupy INEC offices nationwide, there should be caution on the side of the Federal Government in handling the people so that there should be no crisis in the exercise”.

Ikonne’s Obsession For  New Abia Where Everyone Is A Participant

Time For Nigeria To Join Hands With China In Upholding True...