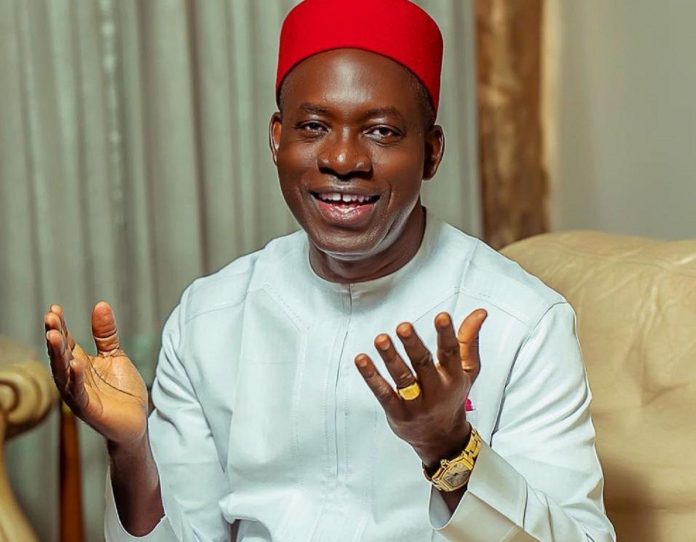 Governor Chukwuma Charles Soludo of Anambra State has assured that Anambra State under his watch is comparatively secured and peaceful six months into his administration.

While he agreed that there could be cases of isolated criminalities, the frequency of such occurrences, he pointed out, has reduced to the barest minimum.

The press statement released by the governor’s Press Secretary Mr Christian Aburime has it that Soludo made the above assertion while fielding questions on national television Sunday night.
Giving a brief overview of his administration over the past six months, Governor Soludo stated that the months have been focused on the core foundational issues of the five key pillars of his administration’s agenda which include security, law and order, economic transformation geared towards having an industrial, technology leisure hub.
According to him, these also include re-orientation of value systems as well as ensuring a clean and green environment.

On insecurity, Soludo asserted that his government came with the carrots and sticks approach as well as strategic engagements with other stakeholders in the state to tame the rising insecurity.
He stated that before coming into office, eight local government areas were taken over by the criminals, with more than 15 camps where they operated from.
The Governor however revealed that the situation has become better now with security and calm being restored. For this feat, Governor Soludo commended the people of Anambra for their massive cooperation and partnership as well as the security agencies.
Governor Soludo also revealed that marking his six months in office, he flagged off, on the previous day, 60.4 kilometres of strategic roads across the various senatorial zones in the state. He added that in a few months, more roads, a totally of 220 km will be flagged off.
He also stated that to end the era of schools without teachers and hospitals without doctors and nurses, his government is recruiting teachers and medical personnel to beef up these institutions for good quality education and better health service delivery in the state
On governance, the Governor said his administration is adopting fiscal prudence by doing more with less.
On the environment, Governor Soludo maintained, remains one of the existential threats in the State after insecurity, with the menace of Erosion plaguing the State which is gradually being controlled with the planting of millions of trees. He also revealed the Regenerative Agricultural Systems are being adopted with the coconut and palm oil economy coming on stream
The philosophy of patronizing made-in-Anambra products to boost the local economy and a good waste management system for a fresher and clean environment is also being rigorously pursued
On the recent attack on Dr Patrick Ifeanyi Ubah, Senator representing Anambra South Senatorial Zone, Governor Soludo said the security agencies are on top of the situation to fish out the perpetrators of the heinous attack
On the Presidential candidate of the Labour Party, Mr Peter Obi, Governor Soludo said the LP presidential candidate is his friend and brother and would like to wish him good luck including the APGA presidential candidate, Prof Peter Umeadi, who are both from Anambra State and great sons of the Igbo nation.

2021 Achievers Award: Leading Industry Players To Brainstorm On Blueprint For...

Edevbie Hints At Choosing A Woman As Deputy Governor