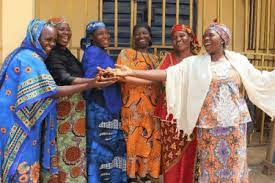 Nigerian Government in collaboration with the International Fund for Agricultural Development, have commenced evaluation of the implementation of the Value Chain Development Programme in the state as part her of commitment to ensure that the programme is positively impacting the lives of rural people in Nasarawa state.

Mr. Samuel Eremie, the Mission Leader,  FGN/IFAD Implementation Support Mission, made the disclosure to newsmen in Lafia at the beginning of a 2-day visit to project sites across the five participating Local Government Areas of the state which include Lafia, Doma, Wamba, Karu and Nasarawa.

Mr. Samuel Eremie, also noted that the mission of their visit was to also proffer solutions to the challenges the VCDP was facing in the state.

According to him, “The mission is covering nine states. We have visited Ogun state and now, we are in Nasarawa state. The objective of this mission is to have evidence of the reports presented. So, we want to go beyond what has been reported to confirm and verify the performance of the VCDP in the state.

“The reports were really satisfactory, so we will be heading for the field to have discussions with the beneficiaries, and senior state government officials and we will hopefully meet with the governor tomorrow.

“And at the end of all these interactions, we will be in a better position to confirm our initial impression about the performance of the VCDP in Nasarawa state.”

Also speaking, the National Programme Coordinator of FGN/IFAD VCDP, Fatima Aliyu, said since the programme commenced in the state, it had been able to positively impact the lives of over 7,000 residents of the state who are into rice and cassava farming.

Aliyu who was represented by the Financial Controller of the programme, Usman Muhammed, expressed gratitude to the Nasarawa state government for partnering with the Value Chain Development Programme, adding that the partnership had ensured food sufficiency and encouraged bumper harvest in the state.

Fatima added that the programme was aimed at reaching the peasant farmers so that they can be taken out of poverty, and also address cases of post-harvest losses, environmental degradation, limited access to productive assets and inputs, inadequate financial services, and low productivity, among others in the state.