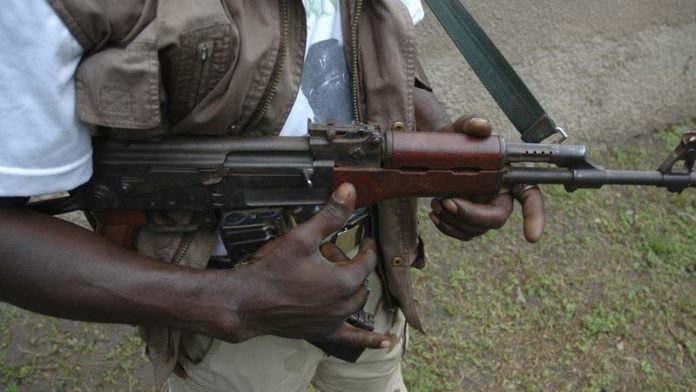 Some yet to be identified armed men suspected to be assailants on Wednesday night shot dead some military personnel and civilians in a vicious attack at Umunze in Orumba South Local Government Area of Anambra State.

The incident, according to sources, started early hours at Nkwo Umunze, near the Zenith Bank along Ogbunka/Owerre-Ezukala/Isuochi road.

It was gathered that the security personnel were on patrol when the gunmen swooped on them unexpectedly.

During the attack, the source stated, a yet to be ascertained number of soldiers and civilians were gunned down.

Although, an eyewitness disclosed to journalists on phone that five soldiers and two civilians were involved in the attack, the state Police Public Relations Officer, PPRO,, DSP Tochukwu Ikenga simply confirmed the incident to newsmen on phone.

According to the PPRO, “there were shootings close to a new generation bank in Umunze but we are yet to ascertain the actual casualty figures”.

He stated that the details had not been received, adding that the incident took place between 12 and 1.30pm.

He said the command had deployed security operatives to secure the area, adding that those responsible for such act would surely regret their nefarious action.

There Is Need For Respect Of Natural Habitats, Says Buhari

2023: Ojudu Says Refusal To Support Tinubu In His Presidency Quest Is Not Betrayal