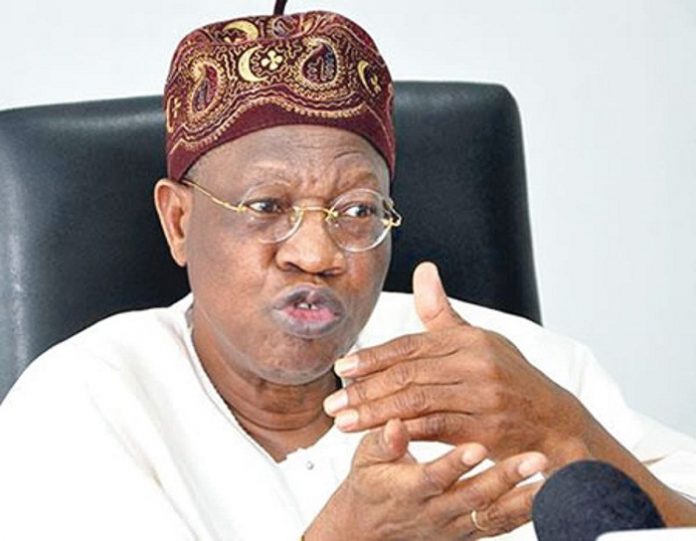 Nigeria’s Minister of Information and Culture, Alhaji Lai Mohammed, has said the establishment of the Nigeria-Saudi Arabia Chamber of Commerce, Industry, Mines and Agriculture will deepen the relations between the two countries beyond diplomatic ties to commerce and industry.

The Minister made the remarks in Abuja on Thursday when he received the President of the newly-established Chamber, Engr. Ibrahim Usman, on a courtesy visit.

“Clearly from your presentation, it’s clear that the major objective is to change the narrative and ensure that the relations between Saudi

Arabia and Nigeria should not be seen just from the narrow prism of Hajj and Umrah pilgrimage, but from the prism of two very important nations of the world creating a bridge through better cooperation for the two countries and their citizens,” he said.

Alhaji Mohammed described the Chamber as a clearing house for proposals from business people from the two countries in order to open new vistas for trade opportunities.

He said the absence of such a Chamber has led to the decline in the volume of trade and also bred a trust deficit between business people from the two countries.

“The absence of this vehicle has led to the loss of businesses between the two countries and it has also aggravated the trust deficit between them,” he said.

The Minister congratulated Engr. Usman for his doggedness in making the establishment of the Chamber a reality, after over 10 years of strenuous efforts, saying he has proven himself as a man of vision and deep conviction.

In his remarks, Engr. Usman said in spite of the historical relationship between Nigeria and Saudi Arabia, the volume of trade between the two countries is about $5 million.

“And whereas many Saudi investors are looking out for profitable investment windows in friendly countries like Nigeria, our businesses have been unable to capitalize on such opportunities due to lack of an organised, reliable, safe and very secure private sector platform like a Chamber of Commerce,” he said.

He said a 60-member inter-ministerial delegation from Saudi Arabia will be in Nigeria next week for the second session of the Nigeria-Saudi Arabia Joint Commission, which will further create opportunities for the chamber to set up trade missions.

Why I Resigned, By Ex-Imo Speaker, Ibe