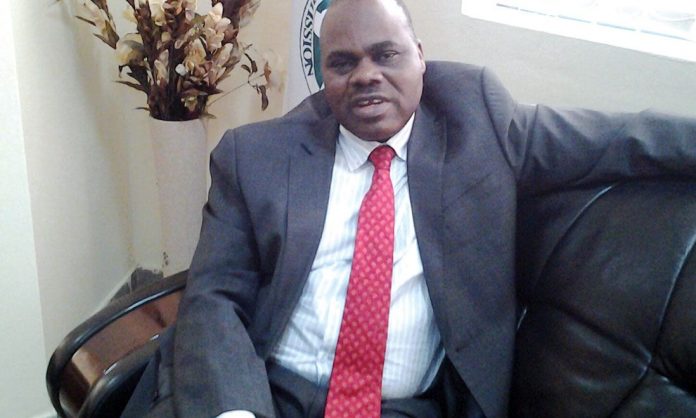 The Executive Secretary of the National Human Rights Commission, NHRC, Chief Tony Ojukwu, SAN has been designated to be conferred with the prestigious National Honours, in the category of Officer of the Order of the Federal Republic, OFR.

The Official ceremony culminating in the conferment of the Honours on the Executive Secretary and other deserving citizens will be performed by the President of the Federal Republic of Nigeria, His Excellency, Muhammadu Buhari, GCFR.

This is clearly not the first accolade the human rights defender will be receiving in his career as a technocrat par excellence.

It will be recalled that the Human Rights Expert was awarded the high-status rank of Senior Advocate of Nigeria by the Legal Practitioners Privileges Committee of the Supreme Court of Nigeria.

The well-deserved honour was bestowed on him sequel to his numerous publications in the field of law and human rights, which have contributed immensely to enrich our legal and human rights jurisprudence including the field of administration of criminal justice.
In all these, one thing stands out; his humility and proclivity for hard work, which seems to be the invisible hand behind these litanies of accolades and recognitions.
It would be recalled that he is the first Executive Secretary to be appointed from among the staff of the Commission. He has carved out a niche for himself following the numerous achievements recorded by the Commission during his tenure.

For instance, upon his appointment as the Executive Secretary and Chief Executive Officer of the Commission, and in what looked like a declaration of emergency on the state of human rights in Nigeria, he hit the ground running bearing in mind that there are many miles to cover.

The idea is to ensure that every complaint that is received by the Commission is resolved in a record time of between three and six months. Though this sounded like a tall order, the truth of the matter is that these four departments are living up to the expectations.

Determined to improve assesibility across the 36 states of the federation, the Executive Secretary ensured the establishment of state offices in additional 12 states that did not have the presence of the Commission. These offices are today very productive and sterling in human rights promotion, protection and enforcement.

Ojukwu has always exhibited his zero tolerance for injustice especially by agents of state. In 2018, the federal government directed the establishment of a panel to investigate the excesses of the personnel of the Nigerian Police. He chaired the then SARS Panel and made far reaching recommendations to the federal government leading to the disbandment of SARS.

Following the END SARS protest in 2020, and the federal government directives, the Commission under the present leadership of the Executive Secretary set up another SARS panel which was headed by Justice Suleiman Galadima, a retired Justice of the Supreme Court.

The federal government showed its unflinching support to the panel and has paid nearly half a billion naira to 100 Nigerians who were victims of Police brutality.

Earlier, the Human Rights Advocate also masterminded and chaired other Human Rights Violations Investigative Panels such as the Special Investigation Panel on Sexual and Gender Based Violence (SGBV), and the Shiite Panel which made independent inquiry into the clash between the Nigerian Army/Islamic Movement of Nigeria.
In the same manner, the working relationship between the Commission and Civil Society Organisations, the law enforcement agencies has become even more cordial.
This has impacted positively on the ease of releasing information and documents needed to investigate human rights violations.

The Executive Secretary has enhanced the image of the Commission in many ways, having set up a working template in line with international best practices for human rights protection.

In the North East which has witnessed a series of gross human rights violations occasioned by the unfortunate insurgency, he has collaboratively worked and is still working with development partners like UNHCR, UNDP, EU etc to address the various human rights and humanitarian challenges bedevilling the area.

His choice of Transitional Justice System to handle the high scale human rights violations by the insurgency and counter insurgency operations in the North East is highly commendable. This strategy is less expensive, faster, more result oriented, workable and justice prone. It has evidently worked in other countries like Rwanda and South Africa where the Gacaca court system and Truth and Reconciliation Commission respectively were leveraged to address mass atrocities and human rights violations. The transitional Justice project which is still in its pilot stage is aimed at achieving a lasting peace in the North East.

Only recently, the legal icon was appointed the alternate Chair of National Committee Against Torture, which has its secretariat domiciled in the NHRC. This is a mark of honour and recognition of the contributions and commitment of the Commission to the cause of human rights.

Little wonder, the Commission has maintained its Grade “A” status as granted by the Global Alliance of National Human Rights Institutions.

As the next peer review at the UN beckons, it is expected that the Commission will proudly retain this important status.

It is worthy to note that Ojukwu is the first Executive Secretary to be conferred with two honors of SAN and OFR while in office. What a great feat indeed.

The Governing Council, management and staff of the Commission wish to use this opportunity to say a big congratulations to the Executive Secretary for his well-deserved elevation.

US, UAE-bound Drugs Impounded At Lagos Airport, 39 Arrested In Abuja...

Doctors Fleeing The Country Will Be Back If We Vote Tinubu,...

The Struggle For Soul Of Anambra State