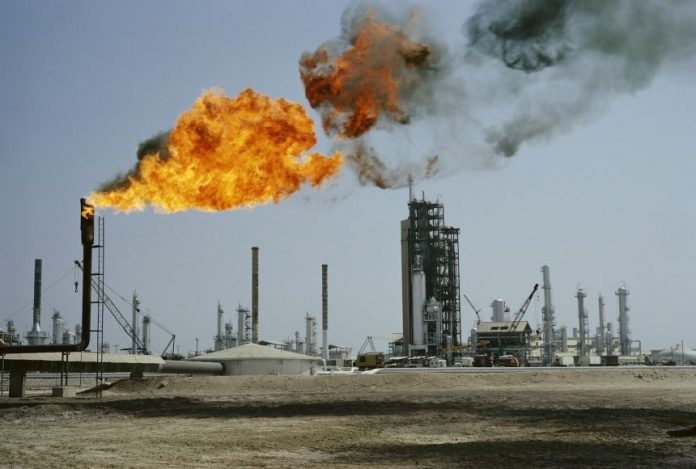 Nigeria has been asked to stop her carbon capture agenda but rather give priority to ending the production of fossil energy as the key to achieving the planned net zero carbon emission by 2060.

A text of a press conference organised by the Glasgow Action Team, jointly addressed by Climate Activists Jonah Gbemre, Murphy Akiri and Jake Hess on World Bank’s investment in Carbon Capture in Nigeria in Commemoration of 2022 World Habitat Day, read that: “In his speech at the last UN Climate talks, President Buhari announced that Nigeria would become net zero by 2060,” while disclosing that “the government is looking for partners, technology, and finance to make cleaner and efficient use of all available resources for a more stable transition in energy markets.”

The Climate activists stated that the technologies to be deployed to achieve net zero carbon emission must be scientifically proven, given the number of false solutions that are promoted by greenwashing lobbyists and financiers.

They argued that Nigeria, as a major oil producer, wants to prolong the status quo as much as possible, noting that: “Last year, the vice president wrote an article denouncing growing calls for fossil fuel divestment. Nigeria’s climate policy heavily relies on so-called ‘carbon sinks’—meaning the country plans to keep burning fossil fuels, but supposedly remove the emissions after they’ve been produced (presumably through Carbon Capture and Storage and other unrealistic solutions, like planting trees).”

They however insisted that: “The risk of carbon capture and storage is that it provides a pretext to continue burning fossil fuels instead of switching to clean energy. The science is clear that we need to rapidly transition away from fossil fuels if we want to achieve a safe climate for all. The fossil fuel industry doesn’t want to do that—so they tell us to give them money for carbon capture instead.

The climate activists claimed that: “Carbon capture is an unproven solution. In a recent op-ed co-authored by MIT scientists Charles Harvey and Hurt House, they detailed how carbon capture has failed in the USA and distracted from real solutions. No wonder the World Bank’s climate action plan makes a few passing references to it, using weasel words to the effect that carbon capture “may” be a solution—that’s the Bank’s way of acknowledging there’s no proof of concept for the idea.”

They added that: “The science is clear: The world is on a countdown to climate catastrophe if it does not cut carbon emissions. It’s now or never. The World Bank is a major investor of public money into energy projects and sets the norms for other multilateral lenders and crowds in private finance, so those running the World Bank must acknowledge the real-world impacts of its funding.”

They recommended that: “A Future Fit World Bank must genuinely help to reduce carbon emissions by shifting financing from fossil fuels to renewables and help ensure that new infrastructure benefits local communities and prepares workforces to operate a clean economy.”

The activists said to achieve this the World Bank must: “Stop using public money to bankroll dirty polluters. Sign the Glasgow Clean Energy statement before the next COP and leave fossil fuels in the ground. Close loopholes allowing private lenders and asset managers to continue extracting and exploiting fossil fuels.

“Align all policies, programmes and projects into a 1.5-degree roadmap with poverty alleviation at its heart. Prioritise investment in Global South renewable energy projects, with civil society input, toward publicly owned, democratically controlled systems that serve the common good instead of private profit.

“Stop hoarding reserves and mobilise $1 trillion in new, genuinely green finance.
Move away from an extractive model of financing towards delivering a just transition, through investments which benefit people on the poverty line instead of the 1%. Evaluate impact through the lens of sustainability, equity and justice. Actively champion an independent body to restructure sovereign debt.

“Raise ambitions so that half of all World Bank financing is on climate adaptation and mitigation, given the scale and urgency of the crisis. Candidates for World Bank Leadership should be accountable and committed to scientific evidence.”

2023 Race: Aftermath of Declaration, Tinubu Disowns Osinbajo As A Son