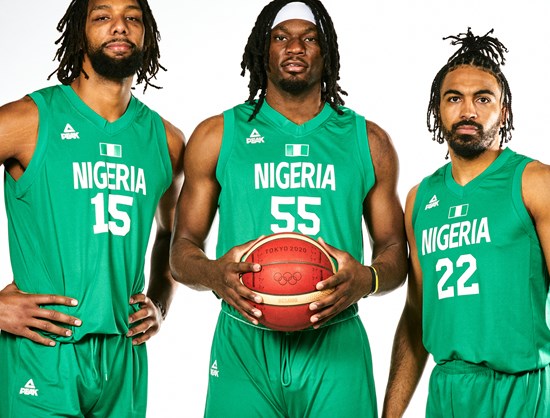 The flagship initiative, which was introduced in Lagos in November 2021 as a pilot program, aims to use basketball as a platform to promote social inclusion and support secondary school children to become changemakers in their local communities.  The program’s weekly basketball and life skills sessions will educate youth participants about issues including physical well-being, mental health, life skills and healthy living. As part of the initiative, with the support of new partners, including the Lagos State Sports Commission, the collaboration will also support the renovation of outdoor basketball courts in Lagos and scale up the program to reach more youth across the city.

“This program demonstrates AFD and NBA Africa’s shared vision of using sport as a tool to foster gender inclusion, sustainable development and social cohesion in Nigeria,” said Muron.  “After the successful first steps in Lagos, we look forward to continuing to work with NBA Africa and engaging with the Lagos State Government to expand the initiative to other parts of the city.”

“The benefits and values that come from playing basketball extend far beyond the court, which is why we are committed to making the game more accessible to Nigerian youth,” said Abudu.  “Nigeria has a strong basketball tradition, and through the Jr. NBA & AFD Basketball Experience program, we are able to create more places where youth can learn the game and develop as players and leaders.”

This flagship initiative, which is part of AFD and NBA Africa’s larger collaboration to support basketball infrastructure in youth development across the continent, builds on the inaugural Jr. NBA & AFD Basketball Experience launched in Zenata, Morocco in 2019.  In November 2021, AFD and NBA Africa initiated a pilot phase in Lagos implemented by the international non-governmental organization DSA.  To date, the pilot phase has reached more than 21,000 boys and girls ages 12-17 from 55 public and private schools in Lagos State.

AFD is France’s inclusive public development bank.  It commits financing and technical assistance to projects that genuinely improve everyday life, both in developing and emerging countries and in the French overseas territories.  Its action is fully in line with the Sustainable Development Goals (SDGs).  Through its network of 85 agencies, AFD operates in 115 countries, where it is currently financing, supervising and supporting over 4,000 development projects. afd.fr

NBA Africa is a standalone entity formed in May 2021 that conducts the NBA’s business in Africa, including the Basketball Africa League (BAL).  The NBA has a long history in Africa and opened its African headquarters in Johannesburg, South Africa in 2010 before opening additional offices in Dakar, Senegal, and Lagos, Nigeria.  The league’s efforts on the continent have focused on increasing access to basketball and the NBA through youth and elite development, social responsibility, media distribution, corporate partnerships, NBA Africa Games, the BAL, and more.

NBA games and programming are available in all 54 African countries, and the NBA has hosted three sold-out exhibition games on the continent since 2015.  The BAL, a partnership between the International Basketball Federation (FIBA) and NBA Africa, is a professional league featuring 12 club teams from across Africa that completed its second season in May 2022.  Fans can follow @NBA_Africa and @theBAL on Facebook, Instagram, Twitter and YouTube.

Rape As A Social Hazard

Pelosi Parleys With Pope As Abortion Debate Rages Back Home

DCP Abba Kyari, 4 Others Now In Our Custody, NDLEA Confirms