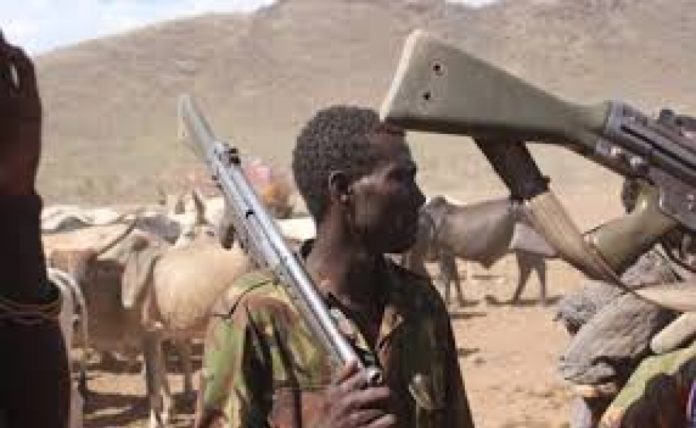 Mr. Teryila continued that the marauders chopped off the breast of one of the community members, Kwaghdoo Saaku (f).

Ukpuu, said the Gidan Ityotyev people took courage to stay put, despite the attack and killings in their community, and buried the dead bodies.

He narrated to journalists that the attack on the people of the community took place at about 11:00pm on Friday when almost every member of the village had gone to bed after a tedious work on their farms.

The spokesperson also explained that on arrival at the village, the suspected Fulani herdsmen opened fire and shot sporadically in the community hence waking up most of the inhabitants from their beds and consequently geared up to confront the invaders.

According to Ukpuu, “The invaders noticing the resilience from people of the Gidan Ityotyev community, withdrew from their attack immediately and took to their heels after succeeding in killing two persons of the same family, and as well cutting off the breast of another female member of the community with a sword.”

He however, expressed worries that the people of the community were in trauma following the invasion by the suspected herdsmen, and appealed to the Nasarawa State government to provide the villagers with security personnel that will wade off another envisaged attack.

When contacted over the incident, the President of Tiv Development Association in Nasarawa State, Mr Peter Ahemba, confirmed that two people were killed and one other injured, whereas hundreds of Tiv people have been displaced in the course of the attack.

Ahemba, however, blamed the attack on what he termed “conspiracy of silence” among the political class of the two Local Governments of Obi and Keana.

“It is a conspiracy of silence fashioned against the Tiv people of the state by some tribal politicians of Obi and Keana Local Government Areas. The idea is to displace the Tiv people and consequently disenfranchised them in the 2023 general elections.

Coscharis Wife: We Have Lost A Great Soul, Says Obi