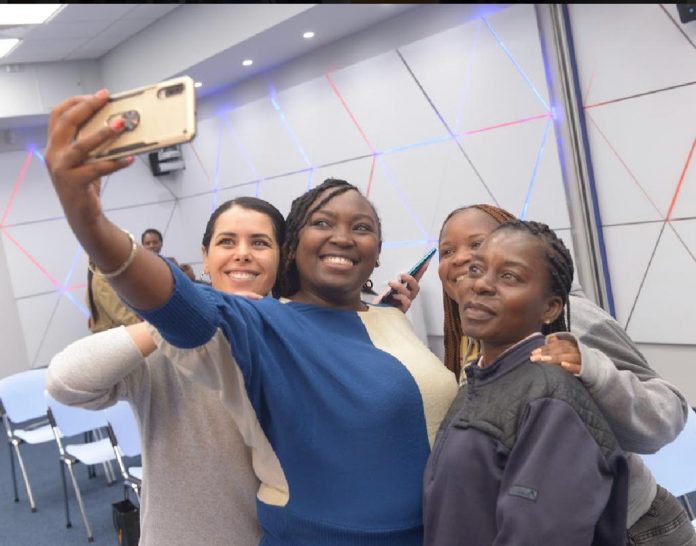 A special session of the SputnikPro project for young journalists from African countries opened in the headquarters of the Rossiya Segodnya International Information Agency and Radio Sputnik Moscow.

“This is SputnikPro’s first specialised face-to-face session for journalists from Africa since the end of the pandemic. It is a pleasure to note that it is being attended by the biggest African media outlets with audiences in the millions. In this way we are restoring full-fledged, direct dialogue between Russia and African nations,” said Sputnik Director for International Cooperation Vasily Pushkov.

“Print media is now in crisis all over the world. By the time we report a piece of news in newspapers, it is already obsolete. So, we are looking for a new way of doing things. It is important to understand how to attract an audience and make a financially viable media outlet. This is why I am interested in getting an inside look at how the Sputnik news agency works,” said Gifty Mamley Agyemang, a correspondent of The Insight Newspaper (Ghana) about her expectations.

“Today was the start of the lectures on how to produce and promote content. The workshop on how to make a video simple, concise and viral at the same time was useful. I am thrilled to see all this in Moscow. It’s a stunningly beautiful city,” said Emmanuella Kernyuy Wvemnyay, a CRTV correspondent and news anchor.
“I am happy to attend this experience-sharing program. As a Zambia Daily Mail correspondent, I also publish photo reports. So, I’m primarily looking forward to the workshop on photojournalism. I would be interested in learning how my colleagues from the Sputnik news agency work,” noted Christine Chihame from Zambia.

The participants will spend a busy week attending lectures and workshops from Sputnik’s leading media experts, getting to know colleagues from different countries and taking part in Moscow’s cultural life.
Sputnik’s face-to-face module for journalists from African countries is supported by the New Generation program of the Federal Agency for the Commonwealth of Independent States, Compatriots Living Abroad, and International Humanitarian Cooperation (Rossotrudnichestvo).

SputnikPro is a project of the international news agency and Radio Sputnik for journalists, students from journalism programs, press service workers, and media managers, designed to share experience and develop professional ties with foreign colleagues. Both Sputnik media managers and other famous Russian experts host the project’s modules. Over 5,000 listeners from more than 80 states have taken part in SputnikPro’s workshops since March 2018.

Sputnik international news agency and radio is part of the Russian media group Rossiya Segodnya. Sputnik unites websites in 32 languages, analogue and digital radio broadcasting in over 90 cities of the world and newswires in English, Arabic, Spanish, Chinese and Farsi. The audience of Sputnik’s media resources totals about 50 million a month, with over 26 million followers across social media platforms. Sputnik’s head office is located in Moscow.