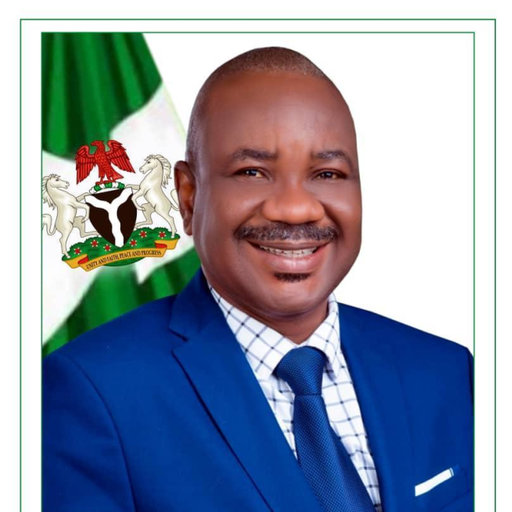 Public finance expert Prof. Paschal Okolie has called for a reorientation in the character and integrity of public servants and Nigerians to fight corruption in the nation’s public service.

The Special Adviser to the Governor of Enugu State on Financial Matters, Okolie declared at the Audit Reporting Training workshop for journalists in Anambra and Enugu States on 19 October 2022 that corruption has remained a bane despite many changes in the law and IT-driven applications for financial management in the country since 2010.
Okolie compared Nigeria to the Great Wall of China which enemies breached because of human failure in character and integrity.
He also observed that many states were yet to implement policies such as the International Public Sector Accounting Standards (IPSAS) and the Open Government Partnership Agenda aimed at promoting accountability in public financial management.
Experts say only 15 of Nigeria’s 36 states and the FCT signed up for the Open Government Partnership programme.
front foot Media Initiative organised the workshop in Awka, the second in the series after Benin City, as part of the Collaborative Media Engagement for Development Inclusivity and Accountability Project under the auspices of the Wole Soyinka Centre for Investigative Journalism (WSCIJ) and the sponsorship of the MacArthur Foundation.
Okolie stated, “Evidence abounds that unless the issues of character and integrity are addressed, Nigeria will continue to be challenged by corruption arising from the deficient application of the principles and practice of auditing and prudent, transparent and accountable financial management in the Nigerian public sector”.
Challenges of public sector financial management in Nigeria include poor institutional governance, manpower development issues, weak oversight, corruption, and character and integrity, according to Okolie.
He commended efforts by the federal and state governments to tackle the legal and technical challenges by enforcing financial and operational autonomy for the office of the Auditor-General through the amendment of the Audit Law establishing the Audit Service Commission that will operate like the Civil Service Commission and approval of ICT-driven initiatives of IPSAS, TSA and SFTAS.
Through the efforts of the World Bank and Federal Government-sponsored SFTAS, Nigeria amended the Audit Law to guarantee the independence of the Office of the Auditor General. However, many states are yet to implement it.
The country has also enacted several laws for financial management. They include sections 80 and 120 of the 1999 Constitution on powers and control over public funds, the Finance (Control and Management) Act, Financial Regulations for FG, Instructions for States and Memoranda for LGCs (the functions and responsibilities of AGF, AuGF, AGS, AuGS and Treasurers of LGs are fully captured here).
Others include the Appropriation Acts/Laws of FG/States for different years, the Fiscal Responsibility Act, 2007-For prudent management of the nation’s resources, the Economic and Financial Crimes Commission (EFCC), Act, 2002, The Corrupt Practices and Other Related Offences Commission Act, 2000, Federation Accounts Act, 2005 and Treasury Circulars issued by Accountant Generals at federal and state governments.
Other speakers at the two-day workshop, which was held at Hilton Leisure Resort and Hotel, included Dr Emenike Ezinando, permanent secretary in the Ministry of Finance, Anambra State, and Prof Emma Okoye, Director of the Unizik Business School, Awka. Also speaking were FrontFoot Media Initiative chairman Sully Abu, managing director Emeka Izeze, as well as training coordinator Chido Nwakanma. Sonala Olumhense spoke from the USA on the Imperative of Audit Reporting for Nigerian Journalism.
Forty-two journalists participated in the workshop. They resolved to critically examine state audit reports and tell stories from their contents, as well as reports where states contravene the law by not submitting and publishing audit reports.