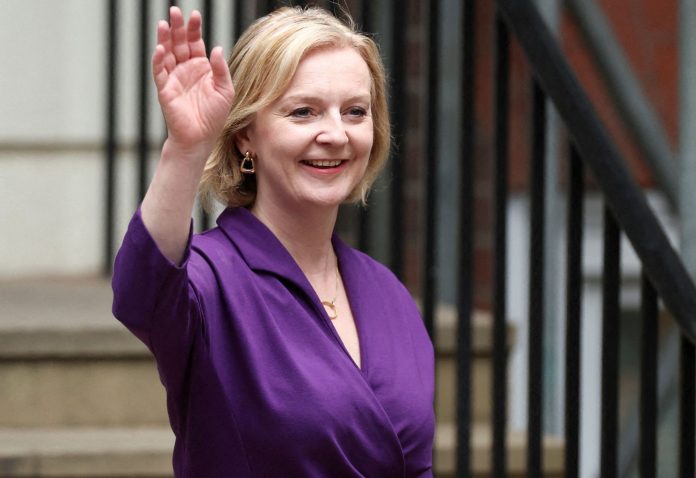 “All politics is local” is a popular refrain. However, we cannot deny the interconnected nature of politics. The game of politics is governed by some common unwritten rules which reign supreme in most societies, no matter the form of democracy they practice. Like a mathematical equation, there are a few constants in politics – the political sovereignty of the people, which, whenever subverted there will always be consequences; the interest of the elite ; incompetence in public life has a price; the economy and welfare of the people are crucial to stability. All these factors played critical roles in the fall of the shortest prime ministership of one of the world’s most mature democracies. In the downfall of Liz Truss, are there any lessons for a developing democracy such as Nigeria that practices a presidential system of government as distinct from a parliamentary system with its unique nature and peculiar party processes? Here are five lessons and how each of them affects Nigerian political leaders.

First, confidence in the government is a no-brainer. Through a popular franchise, the people repose great confidence in their leaders to govern them using the state’s commonwealth. This confidence has a quotient level that is acceptable in all democracies – and immediately it goes below a particular psychological level of acceptance by the people – it elicits a total call for either an immediate change of government using democratic means available or voting out of the government in the next election.
Liz Truss lost the confidence of the people. This is evident in her prime ministership having the worst opinion poll rating of any recent UK prime minister. Also, she lost the confidence of her colleagues in the cabinet, parliament, and party to the extent that she had no option but to resign from office. Her resignation is an indication of the power of the people in a democracy. The people give and take power anytime they lose confidence in their government. In Liz Truss’s case,
parliamentary system allows for fast response unlike the presidential where leadership change is more tedious.
In the Nigerian context, loss of confidence as a political paradigm may not have quick implications as it did in the UK due to our system of government, but we may still need to consider it thoroughly. Although the typical Nigerian leader cares less about winning and keeping citizens’ confidence beyond election seasons, such insensitivity is costly in most cases. For instance, the insensitivity of Goodluck Jonathan’s administration to the mass abduction of Chibok girls contributed to the loss of confidence of the people in that government which eventually led to its downfall. Therefore, losing faith and trust in their government inevitably leads to a loss of political power.

Second, worldwide, the litmus test for a government’s popularity and acceptance by the people is the state of the economy. The state of the economy affects voters’ choices and citizens reactions to leaders. Whenever economic decisions go badly, politics react. The cost-of- living crises in the UK occasioned by rising Inflation and uncontrollable rising energy costs put the Brits on edge, and they want a government that will tackle these problems immediately. Unfortunately, Liz Truss’s economic policies could not inspire the confidence of the people and the market that she and her cabinet were in the right direction to solving the problem.
It is significant to note that the pressure came on her even when she had not implemented the policy in the first instance. The general perception is that the tax cut for the rich, social welfare cut, interest rates increase, and other typical conservative economic policies will not work and should not even be tested. The collapse of Liz Truss’s economic policies at birth signalled the lame-duck nature of her government. The desperate reaction of the market saw the pound tumble to its lowest level against the USD in over four decades and the near collapse of the London stock market. This spook reaction by the market indicates a lack of confidence in the government and it is interesting that it directly correlates with the collapse of the government, pointing to a more significant link between the market and politics in recent times.
Similarly, though there is low level of economic enlightenment in Nigeria but economic hardship prevalent today has heightened citizens’ political awareness and may affect the choice of Nigerian
voters in 2023. Unemployment, high-interest rate, Inflation – If not checked, Nigerians will react soon. 10% Inflation was what sent Truss packing, whereas we are dealing with 20%. The pervading sense of hopelessness and economic quagmire has created an anti-establishment and anti- orthodoxy movement in the political space .

Third, there is a limit to citizens’ tolerance of leaders’ excuses and incompetence. The Truss team were deemed incompetent. And when they made bad decisions, people did not trust them to continue handling the country’s governance. It is obvious that she did not cause the problems she inherited, and many externalities are shaping the rise of economic issues in the UK chief among them are post covid 19 economic downturn, the Russian/Ukraine conflict in Europe, and the high cost of energy that elicited high Inflation both in the UK and all over the world.
However, although aware of these external influences, UK citizens refuse to accept any excuse from Liz Truss for not handling the crisis well. Any future Conservative Prime Ministers will have their job cut out to stem the tide of economic woes and win the people’s confidence. The UK people are okay with changing prime ministers, like tenancy of Airbnb, until they get a Prime Minister that is fit for purpose.
Conversely, Nigerians’ tolerance level to excuses is higher than that of the Brits. However, it has limits too, and the general election in 2023 is an opportunity to test that limit. Most Nigerians are tired of excuses and blame from one quarter to another, in tackling insecurity, mismanagement, Inflation, corruption among other issues . It is disheartening to note that floods happened in several places in Nigeria, and we lost 600 persons, 1.5m persons were displaced, and 2.5m people need humanitarian assistance. There has yet to be a definitive action from the government. But Joe Biden, in the case of Hurricane Ian, Florida, visited the location with the wife , reassured Americans , mobilized the military for emergency rescue services , announced federal aid, literarily relocated the government seat to Florida, and declared a state of emergency. Barometer of compassion which government shows in Nigeria is low .

Fourth, the winner takes all mentality in politics is counterproductive. Liz Truss appointed her cabinet from her close allies and inner circle, and this phenomenon limited the pool of competent persons she could choose. In governance, inclusiveness is sine quo non especially as a tool to manage diversity . The quality of governance is a function of the quality of people in government. There is a need to always go for competence, even if the competent person is not a close associate or party member. This cost Liz Truss her premiership.
In Nigeria, we have institutionalised mediocrity for reasons of party loyalty and other sentiments . PDP (1999-2015) and APC (2015- date) chose mostly party members, some with no capacity to envision or execute credible policies. A good mix of party men, competent persons from other parties and nonaligned capable persons is needed to stir Nigeria out of the doldrums. After the 2023 general elections, Nigerians expect the leaders to assemble the best hands to manage the economy. People want results that will impact their lives positively, and only an assemblage of the most competent hands can deliver results.

Fifth, Liz Truss’s loss of power demonstrates the importance people place on leaders articulating clear, realistic, and workable policies that inspires confidence and belief in the government’s capacity to deliver. Any bogus policies that will not solve the myriad of issues faced by the people are quickly noticed, analysed, and criticised by the media, the people, the market, and other stakeholders. In Liz Truss’s case, the system did not even allow her to implement her policies because the system did not have faith in her policies.
In Nigeria today, we have a bourgeoning intelligent populace and a virile media that critically analyse policies and government projects. Social media have democratised political debates and consciousness, especially among the youth, with a concomitant increase in political participation not seen in a generation. Therefore, leaders, should come up with policies that are sustainable and possibly do a dry run of scenarios before activating such policies . Truss got it wrong and paid for it .
The era of religious, ethnic, and primordial sentiments influencing voting is fast fading . Just as in Liz Truss Britain, let the competition of
ideas in the common public sphere be the bases of voting choice. Let us have the best ideas and people who put them out in the 2023 elections.

Overall , Nigeria politicians and leaders owe Nigerians clarity of vision and policy , probity and accountability if they do not want to suffer Liz Truss’s fate. They should articulate sustainable and fit-for-purpose policies to develop Nigeria without overpromising whilst bearing in mind the economic realities and the state of national finance when making promises. They should clearly understand our local and national problems and convince the voters how they will solve them. This is the time for Issue-based politics and not trash. Nigerians, like the Brits, are prepared to give the fate of Liz Truss to any leader or politician that wants to sell us “Trussonomics” in 2023.

Gadhafi Son Freed After 7-Plus Years In Detention—Report