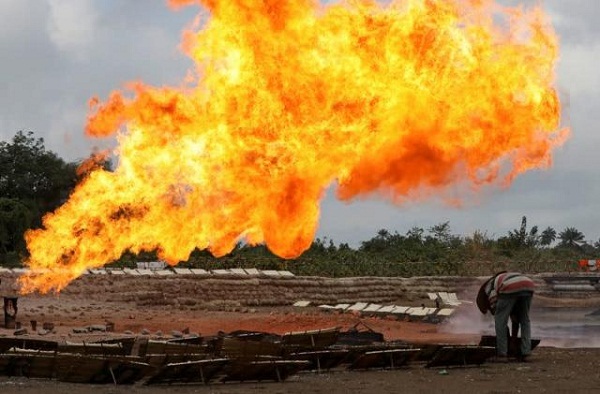 The urgent need to end gas flaring in the Niger Delta region as soon as possible the Federal Government featured prominently at a one-day round table discussion by some members of the Civil Society Organisations (CSOs), environmental rights activists and some critical stakeholders in Benin City, Edo State capital on Friday.

The group called on the Federal Government to put an end to gas flaring and its dangerous health hazards posed to the people of the Niger Delta region.

The concerned individuals and groups re-echoed the call at the one-day discussion with the theme, “Electoral Dialogue on Gas Flaring Penalties, Green House Emissions and Nigeria’s National Determined Contribution Commitment.”

The dialogue also focused on the need for “The Accountability for Gas flared and Clean Energy Advocacy, (AGFACEA), project.

Setting the tone for the deliberations in his welcome address, the Executive Director, of Environmental Rights Action/Friends of the Earth Nigeria (ERA/FoEN), China Williams,  said it is time to put an end to what he described as a “resource curse syndrome”.

“The first ever case filed in any Nigeria Court to demand an end to gas flaring was at the Federal High Court here in Benin City in the case of Jonah Gbemre V. Shell with a favorable judgement ordering an end to the practice made by the court in November 14th, 2005 exactly 10 years, 4 days after the state murder of late Ken Saro Wiwa.

“That judgement though still on Appeal has formed the bedrock for the campaign to end gas flaring in Nigeria and has led to lots of policy and legislative works towards ending out rightly gas flaring or making it national income earners for Nigeria.

The Goldman Environmental Prize (Green Novel Prize), the winner also commended the unique position of the Oba of Benin in the agitation to end the flaring of gas.

“We, therefore, urge our participants to review the issues of gas flaring, her negative environmental footprints, health impact consequences and economic losses as well as any advantaged or potential opportunities in the appropriate harnessing of the flared gas”.

LASTMA Works On Collaboration With FCTA Over Traffic Management, Control