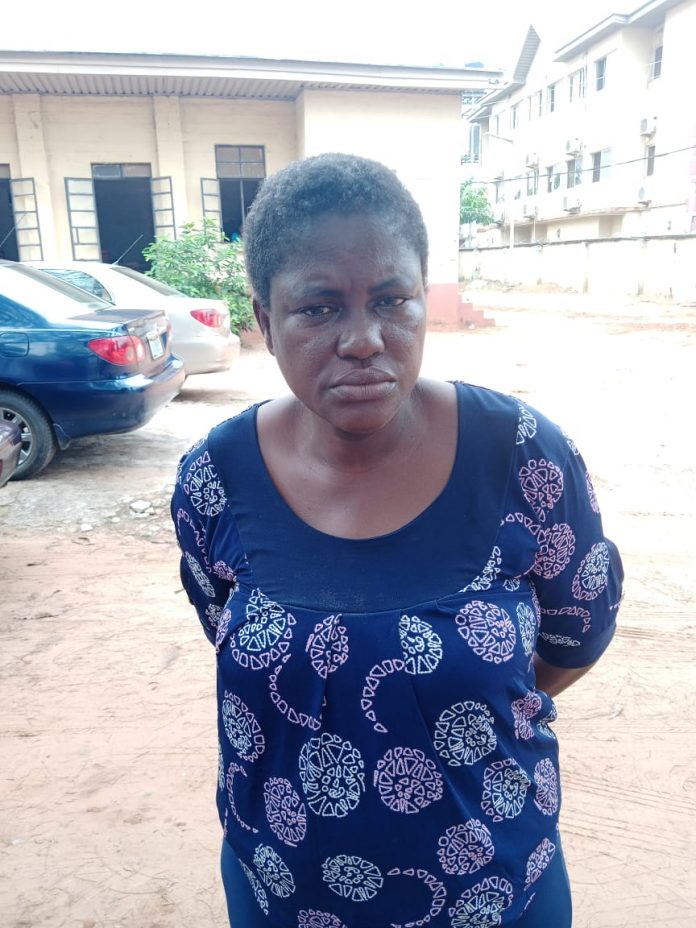 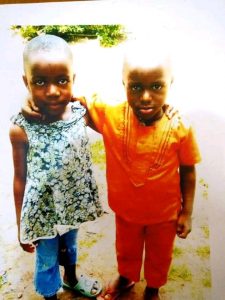 Wednesday, January 30, 2019, would remain a dark day in the heart of Mrs. Ngozi Okonkwo, a grandmother whose 7-year-old grandson, Tukwasichukwuobi Okonkwo has kidnapped on that same day with his 6-year-old female nursery three classmate, Chinenye Amaife.

Mrs. Okonkwo’s nightmare, according to her, is not only that her abducted grandson, Tukwasichukwuobi and his classroom mate, Chinenye, have not been found to date, but also that so many forces have constituted a clog along the wheels of the prosecution of their suspected abductors.

Mrs. Okonkwo who made the lamentation last Thursday at the Magistrate court premises, Ogidi in Idemili North Local Government Area of Anambra state shortly after the kidnap charge against a 27- year-old Onyedika Ozoemena was adjourned to December 6, this year, because the Chief Magistrate Court one handing the matter did not sit, vowed to follow the case to its logical conclusion, even as parents of the second have backed ours as a result of the frustrations they got from both the police and the court.

Expectations had been high on Thursday, October 20, this year that for once, since after the kidnap suspect, Onyedika was arraigned on August 10, 2021, and granted bail the same day, the case would be heard, but disappointedly, the Chief Magistrate Court I, Ogidi Magisterial District presided over by F. N. Nweke Onuchukwu did not sit and December 6 was taken as the next date for hearing.

The accused person, Onyedika was arraigned before the court on that August 10, 2021, on a two-count charge of conspiracy and stealing the kids at Uzubi Nursery and Primary, Eziowelle in Idemili North Local Government Area of the state in 2019.

In the Charge No:  MID/ 235c/2021, the police prosecution had alleged that Onyedika Ozoemena, 27, of Umunama Village, Eziowelle in Idemili Magisterial District, had on January 30, 2019, the same date and venue conspired with others at large and allegedly stole the 7- year -old  Tukwasichukwuobi Okonkwo and 6-year- old Chinenye Amaife.

The prosecution further alleged that the accused person had on the same date and venue, fraudulently taken away Tukwasichukwuobi Okonkwo with intent to deprive his grandmother, Ngozi Okonkwo who had been taking lawful care of her grandson of his possession, adding that in the like manner, the accused person equally took away Miss Chinenye Amaife from lawful care of her father, Remigius Amaife.

When the matter was adjourned last Thursday, as a result of the court not sitting, the aggrieved grandmother, Mrs. Okonkwo lamented that the accused person was to be arraigned on August 4, 2021, but due to the fact that the court did not sit, it was adjourned to August 10, 2021, when he was eventually arraigned and granted bail.

Amidst tears, she lamented that ever since then, the case has suffered a serious setback as a result of a series of adjournments without hearing.

She said while Tukwasichukwuobi and Chinenye were still waiting for the school teachers to come and conduct the morning assembly, the accused person, Onyedika, a commercial motorcyclist and other unidentified persons lured both of them out from the school premises probably with biscuits and chewing gum and whisked them off with the suspect’s tricycle.

She said by 1.30 p.m. which is their dismissal time, other pupils were going home but she did not see Tukwasichukwuobi to the extent that she became rattled till 3 p.m. when a brother to the accused person, simply identified as Cy Ozoemena, brought the school uniforms belonging to Tukwasichukwuobi and Chinenye to their school and handed them over to the school authorities.

“When I searched the bags, I found some packets of biscuits inside them, even when I did not buy the biscuits for them when they were leaving for school in the morning”.

” Another school boy who I cannot remember the name, for now, told me that he saw Onyedika, the suspect, taking the children into his tricycle that same morning and he thought he was their parent or guardian and that was why he did not raise an alarm.”

“The school authorities, in their own case, told me that they did not even know that the two missing kids came to school that day because they (school authorities) had not reached the school before the kids were lured by the suspects.

” It was at this stage that I rushed to Eziowelle Police Station and lodged a complaint against Onyedika and consequently, the police arrested and detained him and granted him bail the next day.

“Not satisfied with the speed at which the police at Eziowelle released him, I went to the state Criminal Investigations Department, CID, and lodged a fresh complaint which prompted the arrest of the school Headmistress and Tukwasichukwuobi’s classroom teacher and then invited the school manager who is a Catholic priest.

“At the state CID, the traditional ruler of Eziowelle, Igwe Michael Okonkwo-Etusi sent someone who went and take Onyedika, the major suspect, on bail because Igwe Okonkwo-Etusi is closely related to Ozoemena family. Interestingly, this major suspect in the case and the man that brought the missing kids’ bags to the school are also related to

Raphael Ozoemena who recently stabbed his bosom friend, Ejike Edozieuno, to death in Onitsha. They are the same blood brothers, but I can’t identify who among the trio is senior or junior to others.

“It was my petition to the Inspector-General of Police and quick response that reinvigorated the case which prompted the police to arraign Onyedika to court last year, after two years of dilly-dallying,  otherwise, the case would have died off as planned by the suspect and his cohorts, she stated crying profusely.

She, therefore, appealed to all the relevant authorities to prevail on the court to give her justice instead of adjourning the case without genuine reasons

In his reaction, the traditional ruler of Eziowelle who was alleged to have facilitated the bail granted a major suspect in a murder case and subsequent unwarranted adjournments by the court, Igwe Okonkwo-Etusi, told newsmen at his palace that he was aware of the case but did not play any partiality in the matter, as alleged.

CUPP Meets Obasanjo, Implores Him To Intervene In 2023 Elections

Under Buhari’s Watch, Corruption Has Been Taken To Next Level, Says...