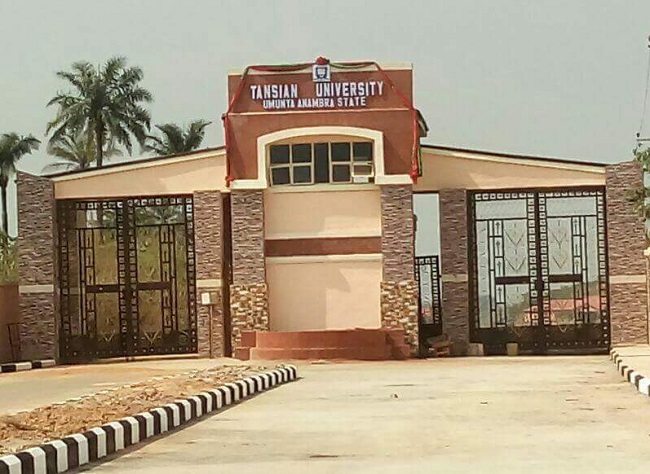 The Court of Appeal, Awka Judicial Division, sitting in Awka, Anambra state, presided over by Justice C.E. Nwosu-Iheme has adjourned further hearing till February 1, 2023, in an appeal filed by authorities of Tansian University, against the decision of Justice Arinze Akabua of Ogidi High Court in Idemili Judicial Division.

Justice Akabua had in 2019 granted leave to Chief Rommy  Ezeonwuka,  donor of the land at Oba take off-campus of the University to sell the moveable and immoveable properties of the university for purposes of recovering the outstanding indebtedness of his honorarium which stood at N18 million as at April 2018.

Ezeonwuka who claimed to be also a co-owner of the university and major financier had approached the Ogidi High Court asking it to grant him the leave to dispose of off all moveable and immoveable properties of the university to recover the amount owed him by the university authorities, which the court granted him then.

But the university authorities in a move to forestall the sale of its properties, headed to the Court of Appeal asking it to quash the High Court order because according to them, the lower court has no jurisdiction to entertain the matter, let alone have the power to make such an order.

In the Appeal No. CA/AW/67/2019 between Tansian University, Very Rev. Monsignor John Bosco Akam a Catholic Priest as appellants, and Ranent Industries Company Limited, Chief Rommy Ezeonwuka as respondents, the appellants are insisting that the lower court does not have the jurisdiction to issue the executive order to sell their properties in order to recover his debts.

When the case was mentioned at the Appellate Court, counsel to the appellants, Rev. Fr. Obiora applied for an extension of time to enable him to file their appellants’ brief.

Fr. Obiora also informed the appellate court that the second appellant, Monsignor Akam is late and that his name should be expunged from the case, adding that the first appellant, Tansian university is not a juristic person as to go on with the case.

Counsel to the respondents, Obiora Nweze from Ibegbu & Ibegbu SAN Chambers, did not however raise an objection to the appellant’s application for an extension of time, rather, he also filed their own brief as the court granted the application and adjourned further hearing till February 1, 2023.

Speaking to newsmen in that regard, the second respondent, Ezeonwuka lamented that the N10 million annual honorarium granted him in a consent judgement delivered in 2008 by Justice Onochie Anyachebelu, now the incumbent Chief Judge of Anambra state, that he (Ezeonwuka) is entitled to receive from the university authorities an annual honorarium of N10 million per annum for donating his landed properties at Oba as a take-off site for the university, has accumulated to over N60 million till date.

He noted that the honorarium issue came into being at the inception of the university when the National Universities Commission, NUC issued the approval certificate to the university authorities and specifically handed it over to him as a major stakeholder who has a 15% equity share in the university board.

He said NUC advised that the annual payment due to him for his property should not be called annual house rent but annual honorarium because NUC does not recognise rentage or approve a university status in a rented apartment.

World Peace Day: IPCR Calls On Combatants Across The Nation To...