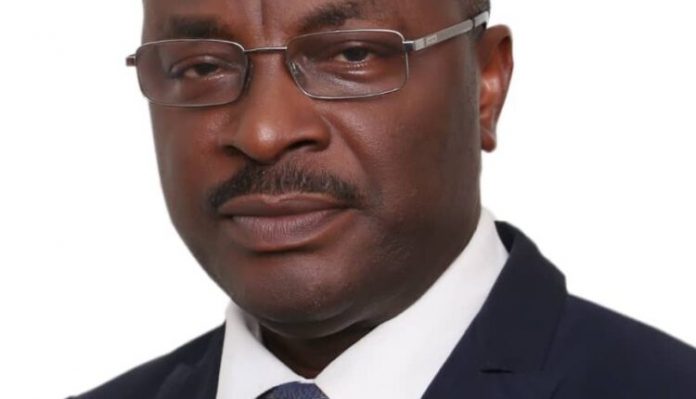 Leaders of the Board of Trustees, BoT, Nigerian Institute of Welding, NIW, have condemned moves by some members of the body to create crisis within it’s fold describing it as an attempt to scuttle the effort to domesticate welding profession in the country.
Last week, a group comprising some members of the BoT and authorized national body, A.N.B, an affiliate of NIW had called for a stakeholders meeting scheduled to hold at the Presidential Hotel, Port Harcourt on Tuesday, 8th November, 2022.
But the proposed meeting was dismissed with a disclaimer published in some national newspapers at the weekend signed by Dr. Chudi Egbunike and Dr. Solomon Edebiri, chairman and secretary, BoT of NIW respectively.
Addressing journalist over the latest development in Ikeja, Lagos at the weekend, Dr. Edebiri said the meeting is the handiwork of disgruntled persons opposed to NIW’s alignment with the federal government to domesticate welding profession in the country.
“There are a few persons oppose to our efforts to work with the federal government to domesticate welding profession certification in-country as against acclaim international certification.
“They claim that operators in the oil and gas industry prefer the international certification but the question is how does that help the development of the sector in terms of local content.”
According to him the institute has in the past five years worked with the Federal Ministry of Science and Technology to draw up a national policy framework aimed at ensuring that welding and fabrication pivot industrial transformation of the country.
He stated that the federal executive council, under President Mohammadu Buhari graciously approved the national policy on welding and welding related fields at it’s meeting held on October 26, this year. Adding that all is now set for the full implementation but some members who are opposed to the move are out to deceive the public.
“The institute is no part of the meeting as we will collaborate with the federal government and other relevant agencies as well as our registered members to promote the Nigerian local content drive and domesticate welding practice in Nigeria in line with global best practices,” he said.
On his part, Dr. Edebiri noted that those calling for the meeting in Port Harcourt are intruder as most of them have not rectified their membership with the institute.
“Most of the people who signed the meeting announcement are not even members of the institute because if you go back at the the record of the institute, they haven’t even subscribe to their membership for years.
“And when you have not subscribed to you membership, you are not a member. These are people that believe that if they do welding, they are stakeholders but as members, they are not. So they don’t have right to use the name of the institute to call a meeting.
Worse still our investigation shows that those people purportedly signed there, have all claimed differently that they signed in error,” he said.
Meanwhile, Dr. Edebiri have identified Mr Ayo Adeniyi as being the brain behind the development.
“Ayo is the person behind the whole scheme. Interestingly, he asked his fellow collaborators to sign a document the content of which they were ignorant.
“If you look at the document they are circulating around they signed only on the second page not on the first page. “Apparently, he gave them to sign a blank document and he developed the page one and attach to the second page. So it has nothing to do with the image of N.I.W and welding in Nigeria.
“For me, its a good process to fish out the bad eggs and get rid of them so that welding can grow.”
When contacted, Ayo claimed ignorance stressing that he is not part of the signatories to the proposed meeting. “Did you see my name in the meeting publication, he quarried. Go and speak with Dr. Edebiri on anything concerning NIW not me,” he said.
Similarly, two of the signatories to the publication, Engr. Sunday Esezobor and Umar Samaila declined to comment when contacted.

Matriarch Of Majia Family Dies At 104 In Kano

Turkey Says Ukraine’s Ports To Reopen Under Deal To Be Signed...