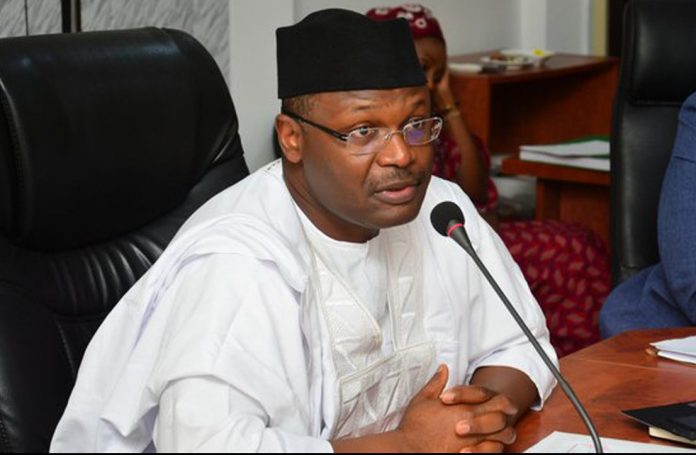 The Independent National Electoral Commission (INEC) Chairman, Prof Mahmood Yakubu, Chairman has asked members of the Inter-Agency Consultative Committee on Election Security ( ICCES) to take a quick and decisive step to quell the rising spate of violent attacks on campaign trains by arresting and prosecuting offenders.

He cautioned that if not promptly addressed and culprits punished, the attacks may become a norm, characterising the remaining months of ongoing campaigns and intensity during the poll proper, stating that fifty different cases of violent attacks have been isolated by the commission since the campaign kicked off one month ago.

The INEC Chairman, who was addressing an emergency meeting of the ICCES summoned in the wake of a simultaneous attack on INEC offices in Abeokuta South LGA and Ede in Osun State, said the security agencies cannot afford to be spectators over the deteriorating situation.

“As a body, the Inter-Agency Consultative Committee on Election Security (ICCES) brings together security, safety and other agencies responsible for securing the process and ensuring peaceful elections in Nigeria. Understandably, Nigerians expect decisive action from ICCES.

“It is important that we move swiftly to apprehend perpetrators, prosecute them as required by law and reinforce security around election officials and electoral infrastructure around the country.

He also cautioned politicians against bringing the name of the name into disrepute, saying that Nigerians and the whole world is watching all players in the build-up to the 2023 general election.

“The political class plays perhaps the most critical role in ensuring peaceful elections. We must all rise to the occasion. Nigerians are watching us. The world is watching us. We must never disappoint them”.

On the burnt PVCs, Prof Yakubu said the Resident Electoral Commissioner (REC) for Ogun State has been directed to compile the Voter Identification Number of those whose PVCs were burnt for reprinting, assuring that no voter would be disenfranchised on account of the activity of arsonists.

He said that while the commission has initiated action to repair the damages in their Osun State INEC office, he disclosed that the commission’s staff would be relocated to their old office in the Oke-Ilewo area of Abeokuta South ahead of the polls.