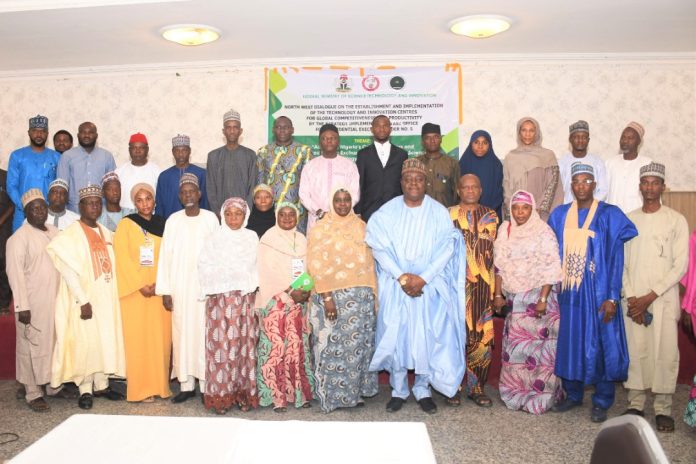 The Federal Government has approved a National Policy on Welding and Welding related fields and its urgent implementation as part of the efforts to fast-track industrialisation and sustainable development in Nigeria.

Mamora, who was represented by the Director of the Chemical Technology Department and the Senior Special Assistant to the Minister, Mr MEJ Bassey,
explained that the approval of the policy would arrest the present situation where many Nigerians have to outsource welding jobs due to the emphasis placed on foreign welding certification.

A statement from the Federal Ministry of Science, Technology and Innovation quoted the minister as saying that
the recently approved policy was in line with the implementation of Presidential Executive Order NO.5 which will boost local content in production.

Mamora, therefore, enjoined the participants to identify other important areas for effective regulation, credible certification and accreditation to achieve the country’s goal.

This, he added, would give the desired credence to Nigeria’s certification and accreditation outcomes.

On the essence of the zonal dialogue, the minister explained that through the dialogue, the country could develop an effective and sustainable strategic framework for wealth generation and job creation as well as prosperity for the citizenry.

He further enumerated some of the benefits of the innovation centres which include the “Provision of an enabling environment for the emergence of tech giants; increase in performance of researchers; peer review of researchers for effectiveness; learning of new approaches to research through interaction; increase in patents, a platform for the presentation of results of reverse engineering and innovative discoveries and inventions.

Others are the emergence of commercial Research and Development Companies; improved research funding through grants from businessmen and industrialists; provision of venture capital from commercial banks; improved interaction amongst scientists in Nigeria; motivation for more Nigerians to go into Research and Development (R&D)activities including Youth and Women; creation of better visibility for Nigerian researchers at local and international levels as well as effective executive monitoring and evaluation of research activities in Nigeria for better direction of Nigerian Economy.”

He further stated that the difference between developing and developed countries is the application of Science, Technology and Innovation (STI), adding that proper and deliberate use of STI would fast-track development and industrialisation in the Country.

She noted that Kano State Government has already taken the lead by establishing 16 Incubation Centres for capacity building of unemployed youths in the area of indigenous skills.

Dungurawa pointed out that it would enhance the promotion of local content and boost the production of locally manufactured goods.

He also indicated the willingness of Kano State polytechnic to partner with the Federal Ministry in Science, Technology and Innovation.

Nigeria Inaugurates Committee On Implementation Of Joint Agreement With Ghana