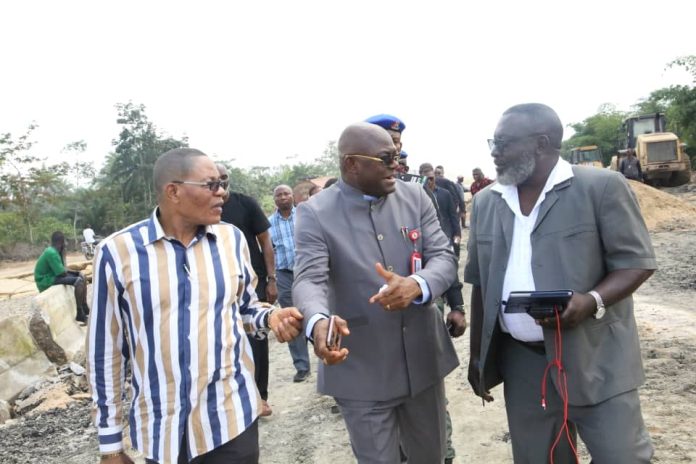 A group, the Niger Delta Accountability for Progress (NDAP) has lauded the Niger Delta Development Commission (NDDC) and the Minister of Niger Delta Affairs, Umana Okon Umana, for commencing rehabilitation work on sections of the East-West Road completely destroyed and rendered impassable by flood.

The Convener of NDAP, Charles Ogbado, in a statement on Tuesday, recalled that the damaged road particularly dealt a deadly blow on Bayelsa State, which was cut off from its neighbours and led to massive humanitarian crisis as no vehicle from either Delta or Rivers State could access the state.

He further observed that the terrible condition of the road dislocated the entire Niger Delta and frustrated free-flow of commercial, social and cultural activities even after the flood.

Ogbado applauded the Minister of Niger Delta Affairs, Umana Okon Umana, for his firm, clear and transparent leadership which, he said, had reflected in the positive change of attitude at the NDDC.

He said, “We recall that the acting Managing Director of NDDC, Emmanuel Audu-Ohwavborua, led the Minister of the Niger Delta, Umana Okon Umana to the most-impacted aspects of the road and they promised that remedial work would be done to open the road again.

“We all thought it was one of those fake promises. But almost immediately the palliative work was done and the East-West Road has bounced back again. This is a perfect demonstration that the acting managing director understands the mandate of the NDDC as an interventionist agency.

“We want to commend him for a job well done. Since he assumed office, our eyes have been on him and with the reforms and transformation he has so far carried out we can confess that the NDDC is gradually being refocused to meet the yearnings of the people of the Niger Delta.

“We are also impressed with the firm, clear and transparent leadership style of Minister Umana, whose directives and harmonious relationship with the new NDDC management have led to a positive change in attitude”.

Ogbado further commended the NDDC boss for paying all accumulated salary arrears owed some category of workers and establishing a cordial relationship between employees and the management of the commission to allow peaceful and cordial work environment.

He called on all stakeholders of the Niger Delta to support the acting managing director and patiently wait on him to fulfill other flood-related promises, especially the provision of relief items to victims.

“We understand that the process of procuring relief materials is ongoing. Therefore, there is no need for anybody or group of persons to besiege the NDDC head office in Port Harcourt demanding relief materials. The new Interim administrator will surely provide them,”he added.

Bank of Industry Under Fire Over Inability To Track SME Loans