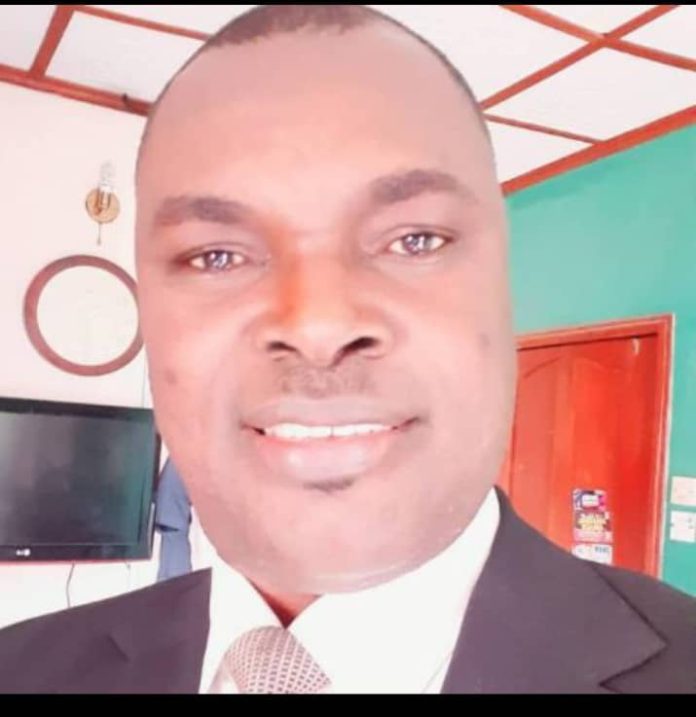 Dr. John Okoro Kome, the Ikeja Constituency 1 candidate of the Peoples Democratic Party (PDP) for the 2023 election into the Lagos House of Assembly, has said that he remains the candidate to beat.

Dr. Kome, who spoke to INDEPENDENT in Lagos after his Thursday’s Court of Appeal victory, said the judgment by the three eminent judges confirmed that he was duly elected to represent the Peoples Democratic Party (PDP) in the March 2023 House of Assembly election in Lagos.

He said: “Dr. John Kome is a candidate now beaten by the candidates of other political parties. By this victory, it is obvious that I am on my way to the House of Assembly, having won the case at the Federal High Court.

“I am extending my hands of fellowship to my opponents in the party primary for the victory of the party in the election proper.”

The Court of Appeal sitting in Lagos, had on Thursday upheld the judgment of the Federal High Court, Lagos, which declared Dr. John Okoro Kome as the authentic candidate of the People’s Democratic Party (PDP) for the Ikeja Constituency 1 for the 2023 election into the Lagos House of Assembly.

Justice Daniel Emeka Osiagor of a Federal High Court, Lagos, had, in September 2022 delivered a judgment recognising Kome as the authentic candidate of the party.

Kome had sued the Independent National Electoral Commission (INEC), the People Democratic Party (PDP), and one Abiodun Ezekiel Olufolarinwa as 1st, 2nd and 3rd defendants respectively, before the court for removing his name as the winner of the party’s primary election and the party’s candidate.

His counsel, Don Akaegbu, had challenged INEC and PDP for submitting the name of the third defendant as the winner of the election in which he, Kome, was the actual winner.

The third defendant, Olufolarinwa, however had argued that the plaintiff filed the suit 14 days after the name of the winner was published by INEC and therefore was statute barred.

He further argued that the court lacked jurisdiction to hear the matter. He further denied stepping down for the plaintiff.

The decision of the lower court did not go well with the third defendant who promptly filed an appeal before the Court of Appeal.

The first respondent’s counsel, Mr. Don Akaegbu, in his reaction, stated: “In sum, the issues are whether Dr. Kome (first respondent) won the third respondent’s (PDP) primary election for Lagos State House of Assembly, Ikeja Constituency 1 held on May 22, 2022.

“If the answer is the affirmative, the Electoral Act 2022 mandates that only candidates who emerged through a valid primary election should be submitted by their political parties to INEC for publication.

“In contravention of this clear statutory provision, the third respondent submitted the name of the Appellant who stepped down for the 1st respondent during the primary and paved the way for the victory of Dr. Kome as a consensus candidate.

“The court of Court of Appeal, in righting the wrong of the third respondent, affirmed the persuasive judgment of the Federal High Court.”