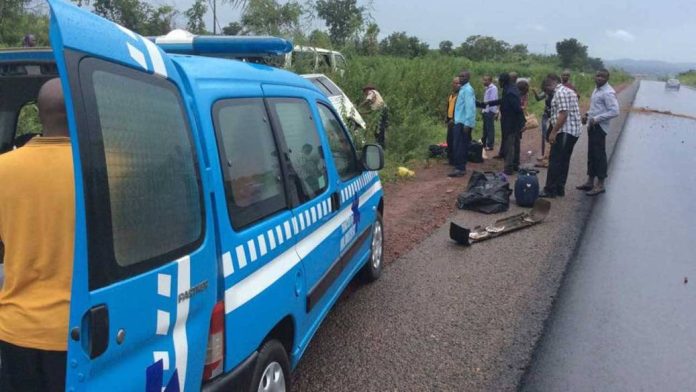 No fewer than 17 passengers were killed in a fatal road crash in the early hours of Tuesday on the Kwali-Abaji Expressway in the Federal Capital Territory, Abuja.

This was contained in a statement on Tuesday issued by Mr.Bisi Kazeem, Corps Public Education Officer of the Federal Road Safety Corps(FRSC)

The main cause of the crash, according to the report gathered by the Corps, were excess speed and fatigue.

It was gathered that the emergency rescue team of the Corps had concluded the rescue of the injured victims to Abaji General Hospital for immediate medical attention, while the remains of the dead victims were deposited at the mortuary.

Speaking on the causes of the crash, the Acting Corps Marshal, Dauda Biu, maintained that drivers must avoid over-speeding as crash investigations conducted over the years have attributed major causes of crashes in Nigeria to excessive violation of legal speed limits on all roads.

Biu also revealed that the fatigue was a result of the driver’s indulgence in a night-long trip, without observing adequate rest within the driving period.

According to him, it was this and many other factors that necessitated the directive given by the Federal Government for the Corps to commence sensitisation and subsequently, enforcement of the compulsory installation of the speed-limiting devices.

While warning violators to desist from compromising road traffic regulations, he assured the public that the Corps would step up formidable operational activities that would bring this menace to an end.

He also admonished the public to always patronise the FRSC toll-free line 122 and the National Traffic Radio 107.1 FM which are always available for all road users to report emergencies at any given time.

2003: Abia Governorship Aspirant, Chief Omerekpe Explains Why He Should Be...