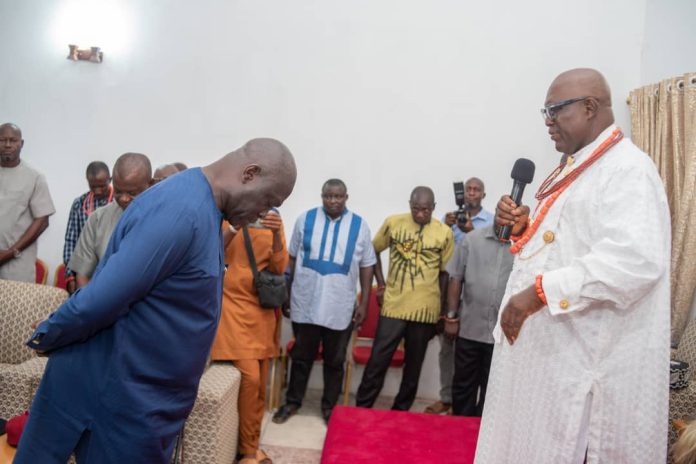 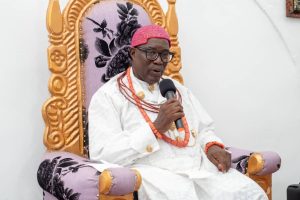 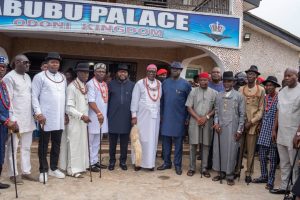 Kinsmen of the Interim Administrator of the Presidential Amnesty Programme (PAP), Maj-Gen Barry Ndiomu (rtd) have commended President Muhammadu Buhari for his appointment, saying it is a rare gift to them.

The kinsmen also commended the president for his decision to suspend the winding down of the PAP which they said would have put a lot of pressure on Ndiomu and projected him as an enemy of the Niger Delta.

Hundreds of the kinsmen on Thursday came out in their numbers to welcome Ndiomu who was visiting the community for the first time since he was appointed on September 15.

Speaking in his palace, the traditional ruler of Odoni Kingdom, HRH Pere Stephen Albert, said his people will never forget the president’s gesture of Ndiomu’s appointment as it was one of the best things to happen to them.

They pledged to support Ndiomu to succeed, especially the reforms he has embarked on to recalibrate the amnesty programme to meet its original mandate of empowering the real beneficiaries of the programme.

He said: “We thank President Muhammadu Buhari for remembering us and appointing our son. This is a great honour to us and we will not forget this gesture.

“We are proud of your achievements in the service of your fatherland and we assure you that we are standing by you.

“We will continually  pray that the good Lord will uphold you and see through all difficult seasons and you shall return to give testimonies of his goodness and mercy.”

The monarch who promised to organize a more elaborate reception for Ndiomu equally thanked him for reaching out to them with relief materials during the flood.

Earlier in his remarks, Ndiomu expressed appreciation for the warm reception, assuring that he will uphold the virtue of integrity, transparency and accountability in the discharge of his duties.

He stated that he found it necessary to visit his people and solicit their support to achieve his mandate, informing them that he will remain focused despite attempts by mischief makers to undermine him.

He also used the occasion to sympathise with the people for the devastating flood that ravaged the community last month and promised to assist within his powers in areas that need intervention in the community.

Mulade, Originator of Ijaw For 2023 Delta Governorship, Withdraws From Race