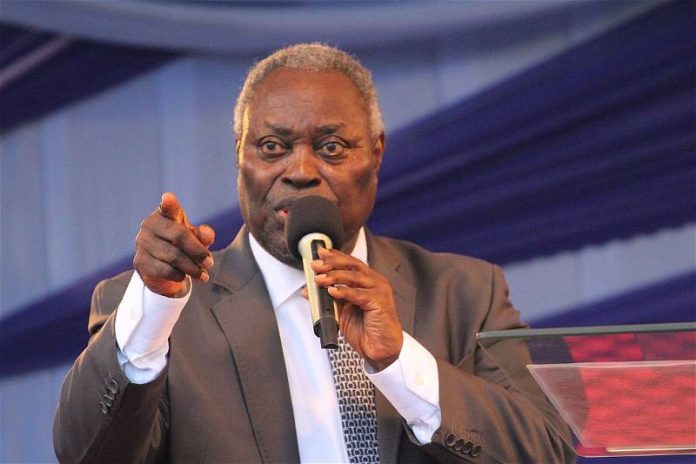 The launch was done during the November edition of Impact Academy with theme ‘Empowered for Excellence’ in Yola, Adamawa State.

The two series were launched by Kumuyi on the heels of his overarching vision to groom and help young people find God’s given purpose for their lives.

The King’s Circle (TKC) is a community-centered initiative for young people, and Jesus is the central point and hero of this circle.

This community as divinely convened by Kumuyi will share daily short video content for the global TKC community, and TKC will debut on December 18, 2022 across international television stations in Africa, Europe United States of America, and others.

The Youth Aflame Series as designed and convened by Dr. William Kumuyi is a weeklong youth-led event that culminates in a Global Sunday Revival Conference (Youth Aflame).

This series is critical to youth inclusion, positive turnaround, and overall growth of teenagers, campus students, and young adults/professionals.

Youths Aflame Series will be a week long Youth-led event starting from January 2-8, 2023, as the Convener wants to start the New Year with youths globally due to his overwhelming love for them, which he has already started mentoring and preparing them for the next generation, hence his launch of the first Youth Aflame Series, which is a revival-led programme, as the televangelist ministrations will be concentrating and centred on Revival within the period of the series.

The Convener, Global Crusade with Kumuyi(GCK), Pastor Kumuyi will partner all Christian associations worldwide to ensure that throughout the eight days, young people will lead programmes, and others.

During the launch, he (Kumuyi) while speaking on the topic ‘A Unique Great Privilege for Excellence’ and divided the message into three: Focused Teenagers Learning to Lean Towards Excellence; Foremost Students Lifted Unto the Ladder of Excellence; and Fortified Young Adults Living and Learning Towards Excellence, said young people are destined to be excellent in what they aspire to become if they remain focused to achieve their aspiration.

He said: “Sons and daughters if we are going to do anything and run the race of life, we have to look at one direction.

“Show me a runner, an athlete and he is running and looking here and there and he is not focused on the goal how can he make it?

“Show me a footballer who is on the field and he is not looking at the goalpost and that is the direction he ought to go, and therefore, he might be playing but dribble it here and there, wherever he is playing and doing he is focused on the goalpost because he wants to score a goal, the same thing in life, if we are going to score and make anything in life as young people and teenagers, we are focused and we are learning to lean towards excellence.”

He said young people should not be jolted by the challenges they face, but he encouraged them to have a focused and fixed heart on their goal day at a time, study at a time, and said it is imperative to spend quality time on what they are doing.

He added that youth should not be afraid of some subjects in their academic work usually described as difficult, but said they should declare ‘I can conquer this subject’ through deliberate passion and determination.

However, he called on young people to shun bad influence by surrendering their lives to God and live a holy life acceptable by God, and that will open the doors of God’s blessing upon their lives.

He also admonished them on some important aspects of their lives that are not for sale which include ability, integrity, vision, courage, strength, wisdom, personality, conviction, confidence, passion, mission, and others.

Pastor Tunde Bakare And The Lies Of A Failed State

CDS Irabor To Governors: You Don’t Have Power To Acquire AK...