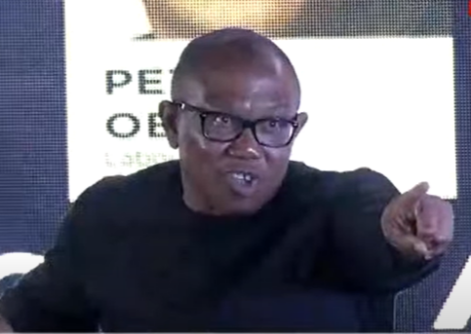 One of the most outstanding features of HE Peter Obi’s presidential candidacy is his fantastic ability to reel out relevant statistical figures accurately to demonstrate or illustrate his points. He doesn’t just tell you that the economy is doing well or badly without backing it up with data from relevant professional bodies like Nigeria Bureau of Statistics (NBS) and other similar international bodies. But apart from quoting from such sources, he also conducts his own in-depth research and analysis of some of our country’s burning issues and comes up with his own data and statistics. For instance, during the NBA Conference back in August, 2022, HE Peter Obi gave a stunning breakdown of the staggering amount of money Nigeria was losing every month due to oil theft. The most astonishing part is his ability to perform this feat by heart and most times impromptu.

This is one of the features and indeed requirements of modern governance. Today, no world leader of note speaks in ambiguous or ambivalent tones anymore with no data to back up their claims. No credible leader makes superfluous and outlandish promises without a good grasp of the issues and circumstances of the topic in question. This is the refreshing standard which Peter Obi has brought to bear in the Nigerian political terrain. He doesn’t just say he will transform the northern arable land into the new oil and gold without giving you the geographical and ecological data and dynamics of the region in question. Expectedly, this has unsettled other presidential aspirants (especially the APC and PDP) who are used to making and getting away with empty rhetoric meant only to deceive the gullible, and grab power for personal aggrandizement.

Initially, they tried to also gamble with figures and statistics to match Peter Obi but they all failed flat because, as they say, you cannot give what you do not have. Each time they tried, they were fact-checked to be wrong and since then, they have avoided that area like a plague. Today, they are ridiculing themselves by trying to lampoon or diminish the importance of figures and statistics to a leader. Bola Tinubu, the APC presidential flag bearer recently asked rhetorically, “Na figures we go chop?”. Imagine a so-called accountant asking the relevance of figures! What a paradox. Unfortunately for them, HE Mr Peter Obi still has so much more facts, figures and data in stock. He is abreast with global events, economy and trends and he is at home with figures and statistics that matter. So the opposition nightmare continues. ObiDatti presidency is Nigeria’s only hope.