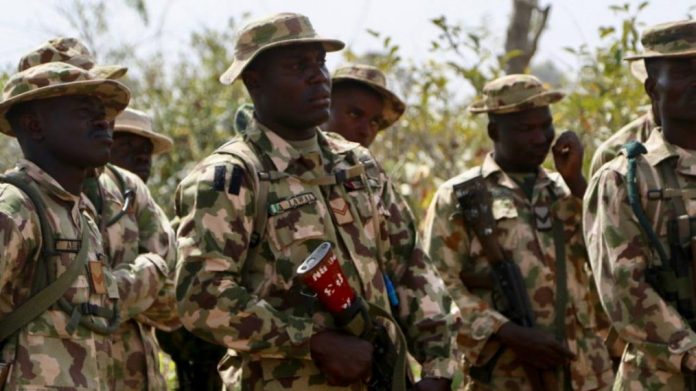 A fiery cleric, Bishop Abrahim Chris Udeh has said that the Nigerian Army should take its own blame in the current insecurity in the Southeast geopolitical zone.

He however noted that some criminals hiding under the cloak of Indigenous People of Biafra, IPoB and its security arm, Eastern Security Network, ESN are also responsible for the bad security situation in the zone.

Speaking to newsmen on phone yesterday, Bishop Udeh stated that his blame on the Nigerian Army is predicated on the fact that they allegedly recruited some so-called repentant Book haram insurgents and deployed them down to the East to restore security.

Bishop Udeh who is the General Overseer of Mount Zion Global Liberation Ministries Incorporated (a.k.a By Fire By Fire), Nnewi, Anambra state, said because the Fulanis had in the past allegedly vowed to kill at least 10 million Igbo youths before ever Biafra could be restored, the repentant Boko haram who were recruited into the Army now saw their deployment to the East as an ample opportunity to massacre Igbo youths, as part of their avowed ethnic cleansing and fulanization agenda.

He said on the other hand, some vicious criminals of Igbo extraction are using the name of IPoB and ESN to kidnap and rob innocent citizens of the East and in the process, kill some of their victims, particularly if they fail to pay their ransom as and when due.

He therefore suggested that the Nigerian Army should deploy only thoroughly trained personnel and possibly non Fulani or Hausa origins in the military who will maintain their rules of engagement and not see their posting to Igbo land as a vendetta.