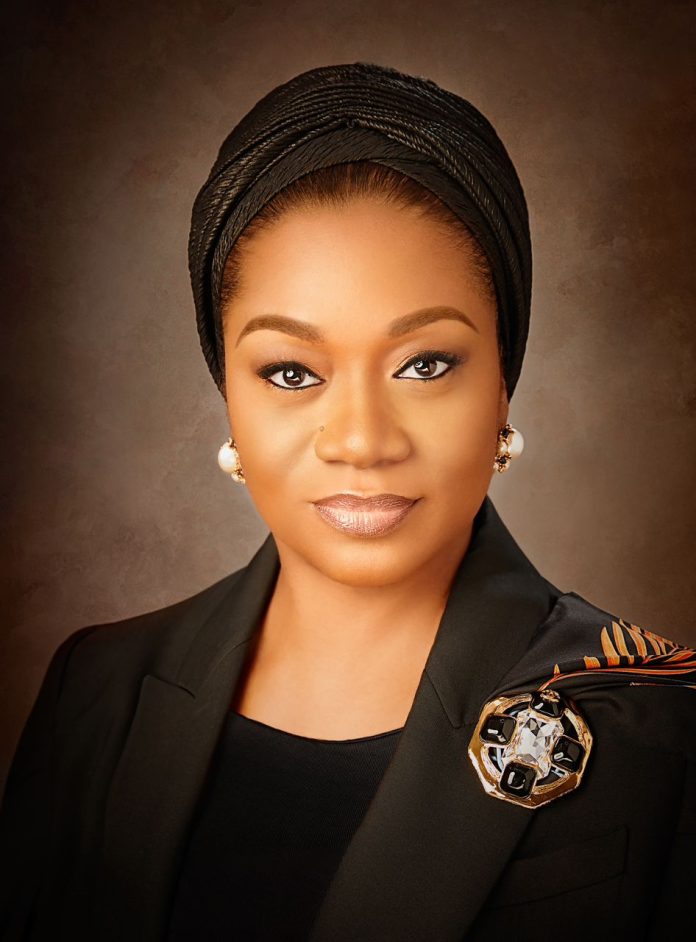 Chairman of Senate Committee on Banking, Insurance and Other Financial Institutions, Senator Uba Sanni in his opening remarks stated the purpose of the gathering which was to screen the nominees of Mr. President for reappointment to the positions of Deputy Governor, Central Bank of Nigeria, Mrs. Aishah Ndanusa Ahmad and Mr. Edward Lametek Adamu. He said that the committee would be engaging the nominees on several issues relating to their background, qualifications, experience and CBN policies, especially the cashless policy and newly introduced cash withdrawal limits. Thereafter, he requested the Senior Special Assistant to the President on National Assembly Matters (Senate), Senator Babajide Omoworare, to introduce the nominees.

Senator Omoworare stated the purpose of the gathering and requested Mr. Adamu to introduce himself. Mr. Adamu stated that he was the current DG of Corporate Services at the CBN and an indigene of Gombe State, presenting himself for consideration for the position nominated.

Thereafter, Mrs. Aishah Ahmad introduced herself as the DG Financial System Stability at the CBN, adding that the directorate was responsible for ensuring a safe and sound financial system and credible efficient payments system, a core mandate of the CBN.  She thereafter requested the permission of the Chairman of the Committee to address his comments on the cashless policy.

In her response, Mrs. Ahmad gave an overview of the cashless policy in Nigeria, stating that it was first introduced over 10 years ago in 2012 starting in Lagos State. In 2013 the policy was later extended to 6 additional states and the FCT.

Since then, Nigerians have continued to embrace the cashless policy by using electronic channels for their transactions, whilst the Nigerian payments system and telecommunications infrastructure continued to develop.

She spoke of the significant growth in the variety and number of financial access points expanding from just bank and MFB branches to include agents.

She stated that agents could perform an increasing variety of transactions including cash in cash out, bill payments, and even account opening. Under the CBN’s SANEF initiative, the agent network had grown to 1.4m agents which agents available in every local government in Nigeria.

She stated that whilst the growth in the network was not even, there was representation in every state.

She added that in furtherance of its mandate to develop an efficient payments system, the CBN had continued to license more financial institutions including allowing the telcos to participate in financial services through the Payment Service Bank license, recognizing their extensive technology platforms and wide agent network.

The DG reiterated the various options open to Nigerians to perform financial transactions including mobile money, USSD, Internet banking, mobile apps, e naira, agents and mobile POS, etc. All of these would ensure that Nigerians would seamlessly adapt to the cashless policy to enable financial inclusion and economic growth.

In her closing remarks, she pledged the CBN’s commitment to ensuring that Nigerians in the rural areas and informal sector are not disenfranchised, stating that the Bank would be flexible in its monitoring and implementation of the new cash withdrawal limits. She reminded the committee that indeed the cashless policy had been amended in the past in response to feedback from stakeholders and that the January 9 date was set to enable such engagement and feedback to be held.

Thereafter, another member of the committee stated that the nominees had been in their positions and performed creditably well. He proposed that the committee approve that they took a bow. He said, “Fortunately she’s a woman and the rule is that if the woman takes a bow the man must also be allowed to follow and do the same!”

“We are Proud of Aishah and consider her a jewel the financial system has benefitted from her varied experience in the banking sector. She has put her critics to shame as they are unable to find her wanting in any area.

She has done us proud and we thus pray the committee grants her an opportunity to continue to serve the Nigerian economy.

Senator Goje also relayed a message from the people of Gombe state stating that they would like to simply commend their son, Edward Lametek Adamu for his performance and request that he and his colleague be asked to take a bow.

The Chairman of the Committee put the motion to a vote and it was unanimously carried.

The Senate Committee on Banking, Insurance & Other Financial Institutions is expected to present its report to a full plenary session of the senate next week.