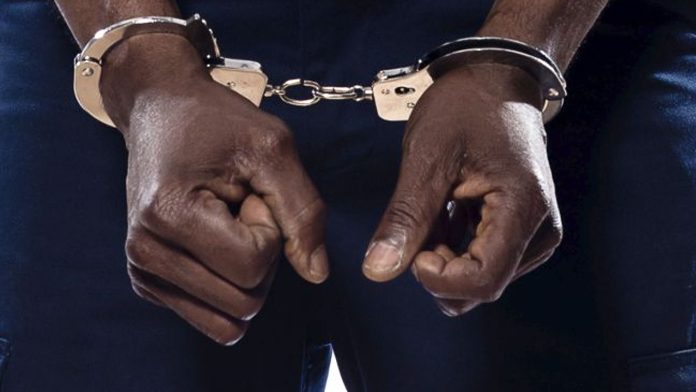 A middle-aged man simply identified as Mr. Sunday is now cooling off in police custody in Anambra state for allegedly impregnating his 13-year-old house help.

The incident, according to the source, came to the limelight when the teenage girl who hails from Akwa Ibom state delivered a baby at a hospital in the Adazi-Nnukwu community in Abaocha Local Government Area of the state and was detained by the hospital management as a result of her inability to pay her hospital bill because Mr. Sunday abandoned her.

According to the source, information concerning her detention in the hospital leaked to officials of the state Ministry of Women Affairs and Children’s Welfare and on inquiry, she informed them that she was impregnated by Mr. Sunday, her guardian adding that the same Mr. Sunday was equally sleeping with another seven-year-old girl.

At this juncture, the source further stated, the ministry officials rescued her from the hospital, took her to safe custody and went after Mr. Sunday and consequently arrested and. handed him over to the police for further interrogations.

Confirming the incident, the spokesperson for the ministry, Miss Chidimma Ikeanyionwu told newsmen that Mr. Sunday started having an affair with the teenager when a housewife, simply identified as Madam Ghana traveled out of town.

Ikeanyionwu also quoted her as saying that Mr. Sunday started forcing her to sleep with her when she began to see her menstruation and she once reported him to his wife,  Madam Ghana about it, she cautioned her husband, but when it continued, she could not do much any longer.

Reacting to the development, the Commissioner for Women and Children’s Welfare, Mrs. Ify Obinabo, revealed that the culprit, Mr. Sunday has been arrested and would be charged to court soon.

Obinabo warned that the state government would not tolerate such indecent action and that as many people indulge in such activities, the government will ensure that they do not go free.

She expressed appreciation to those who raised the alarm over the anomaly that led to the rescue of the girl, saying it shows that people are becoming sensitive to issues of violation of the girl’s child.

She also assured that the state government is committed in pursuing the matter to a logical conclusion.

“If the suspect is claiming that he is not responsible, we will continue to pry until we find whoever is responsible.

“The reality of the matter is that someone slept with the girl and put her in the family way and that is totally wrong.

“So, whoever it is must be brought to book and this government is committed to doing that,” Obinabo added.

When contacted, the state police spokesman, DSP Tochukwu Ikenga, confirmed that the suspect is under police custody and that investigations have commenced.

“We have the suspect in our custody and the investigation is still ongoing,” Ikenga added.

Adeboye, Other Men Of God, Offer Prayers For Nigeria