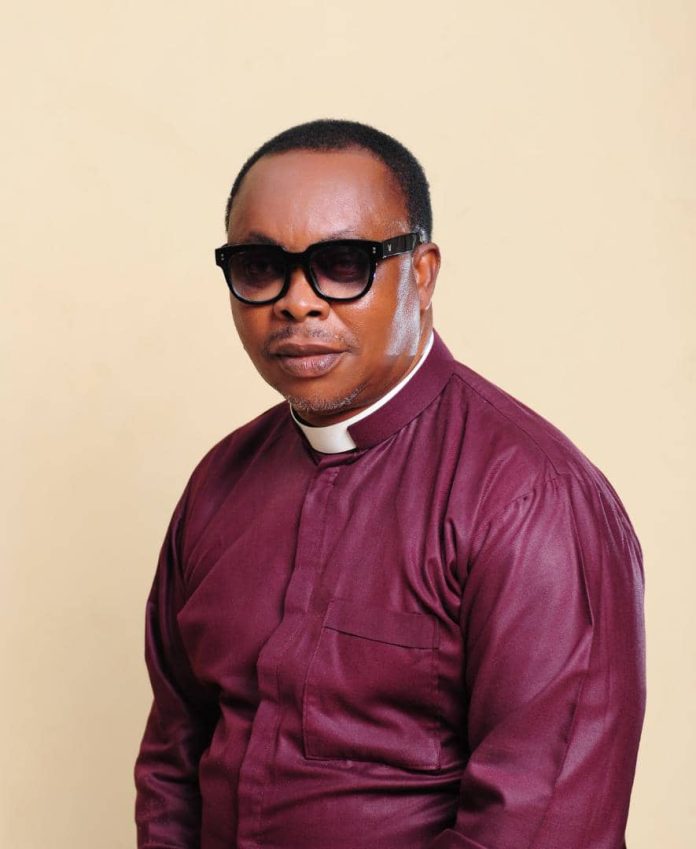 Pastor Eliashib Ime- James has revealed the circumstances that led to the formation of POM and it’s exponential growth all over Nigeria and in the diaspora.
He revealed, “Honestly, the idea, abinitio was not for a national body that POM has become. the idea was to help create the structure in Lagos where I reside but in just three days I got request from 24 states to imitate the same structure. The reception has been unexpectedly phenomenal.”

The POM is presently structured in the 36 states of the federation including FCT. With the full compliment of state, LGA, ward and polling unit leadership structures.
Pastor Ime – James says those politicians who believe Peter Obi does not have a political structure are living in dream land.
He enumerated, “There are more than 500 support groups of Peter Obi and they all have their structures. Some of the support groups are state based, the least of all the support groups has structures in nothing less than 12 to 13 states.

According to Al Humphrey Onyanabo, Media Relations Officer,
POM, Ime-James said when people talk about Peter Obi not having structure, they imagine that serving legislators, LGA chairmen, governors constitute the structure, but that thought process Is largely flawed in political party Organisation.
The people are the structure not elected officers. The palpable anger amongst the populace is enough to stir up the soul of the mob. If that happens, it could lead to the end of this geographical sphere called Nigeria.
“And We do not want that to happen; that anger Is what Is driving this prostheses organic movement. This Peter Obi candidature is structured beyond the labourlaborent, we people are the movement and the numbers at the polls in February will prove me right.
So to answer you directly, yes peter Obi has the structure to win this election.”
For him, the beauty of the Peter Obi caObi’sdacy is the large spread outreach of the various support groups all working together to achieve victory.
” We are all relating well. Our efforts are coordinated by Prof Pat Utomi’s BIG TENT, Coalition for Peter Obi support groups, labor and o, and the biDatti Campaign Organisation. Every support group maintains its structure but collcollaborateshin the aforementioned organs”.
The board of Trustees of the POM is comprised of eminent Nigerians who have excelled politically and joined forces for the betterment of Nigeria.
They include Pastor Moses Akinlaja Wey(chairman) Pastor Eliashib Ime-James Evang Glory Ufuoma Meruwa, Mr. Chino O.basi, and Barr. Round seminary Nekpen Emevon( Secretary), Mr. Sunn. y Idowu Sado, Mrs. Naom. I Essien, Mrs. Chri. stench John Bawa, Mr. Abdu. lahi Tsoho, and Mr. Ejio. for Obama.
On who is funding POM?
“We are self self-funded and want to thank my state and LGA coordinators who have been doing a fantastic job coordinating, staying with our funds raising strategy, and totaled to the frugal ideals of our principal”
For that nay say nay-sayerslieve, Peter Obi does not have a chance to win the 2023 Presidential election, Pastor Ime-James has a message for them,
“Please take this to the bank, Peter Obi will win this election and it will ignite the move toward a new Nigeria. I am not sentimental, I speak based on verifiable statistics. We are not fazed by their threats, POM National Intercessory prayer team, POM National security intelligence and POM volunteer legal team are battle battles to protect and defend our votes”
In a goodwill message to Nigerians as Christians celebrate Christmas which is the birth of Jesus Christ, the POM Convener urged Nigérians to use the yuletide season for sober reflections on the future of Nigeria,
” I plead with all men and women, in their good conscience to reflect on the state of our nation and the problems that beset us as a people. As we enter the Christmas period let us pray for spiritual and political rebirth for our Great country”.
He enjoined Nigerians to resolve, come 2023 not to vote along ethnic or religious lines but for the candidate who can unite us as a people and move Nigeria to a national cake cake-sharingrome to earniearntable income for froduproductiveures. A man who would walk the talk of frugality and transparency. A man who will lead as an example for others to follow.
” In my opinion, that person is Mr. Peter . Obi, the presidential candidate of the labour party”.