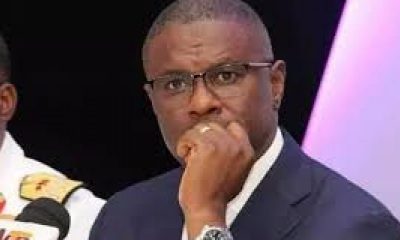 The year 2022 is winding up. High-level political activities characterized it – from the dramatic to the absurd. Highwire political maneuverings and abracadabra were prevalent. On the eve of a crucial general election in Nigeria, 2022 is ending with a cacophony noise of optimism, cynicism, and ambivalence. This year has put all our assumptions about democracy, nation-building, and good governance to the test.

But we can reflect – that is, assuming we learn from our experiences and we use the lessons. Reflection helps us understand our country better and the emerging world around us. There are five major lessons we can learn from this year.

The first lesson is that money politics has come to stay in Nigeria. Money was consequential in determining the success or failure of political office seekers during the party primaries at all levels and in all political parties. The gale of defections from one party to another was instigated and cemented with money.

The momentum and depth of the electoral campaign so far have been shaped by the quantum of cash available to candidates, and the dominant underlining strategy of some of the parties is to buy votes. The recent off- cycle governorship elections in Ekiti and Osun States were characterized by vote buying.

It has been empirically proven that vote buying tends to be more prevalent in poorer societies, although a distinction has also been made between programmatic and non-programmatic distributive politics. The electorate is mostly poor and their vote is a ready commodity which they can transact and earn something to fund the next meal.

There is every indication that the 2023 general election will be marred by the negative influence of money on our politics. Even the recent CBN redesigning of the Naira is considered a ploy to reduce the monetary impact on the 2023 general election. INEC chairman recently bemoaned this ugly situation by positing that “The negative role of money in elections goes to the very heart of democracy as it destroys the very basis of democratic elections, which is that citizens should freely choose those who exercise power on their behalf.”

Reducing or eliminating monetary inducement is vital to the success of the 2023 polls. The government and INEC owe it as a duty to Nigerians to conduct a credible, free, and fair election next year. All measures must be put in place to discourage vote buying and other forms of clientelism. Presently, politicians and their agents seldom get punished for this dastardly act of buying power.

I expect INEC to ramp up citizens’ education on the destructive effects of negative monetary influence on the democratic process. An informed citizenry will negate the evil acts of politicians planning to rig elections through vote buying. We must ensure that democratic principles and tenets always permeate the fabric of our democratic elections, and 2023 will showcase the pinnacle of electoral probity and fairness.

The second lesson is that insecurity has become a part of our national life. Nigeria is fast becoming the crime center of Sub-Saharan Africa, where kidnapping for ransom, banditry, terrorism, cattle rustling, armed robbery, and arms trafficking have assumed a feature of everyday living. Criminality is so pervasive that we seem to have accepted it without qualms. It is now part of our national life and economy. Politics, business, and society must mainstream insecurity and adapt. Nigeria has recently been among the countries with the ‘least peace in the world’, and the Global Peace Index ranked it the world’s 17th least peaceful state.

The government seems to be fighting the symptoms of insecurity while the root causes deepen. The reality is that Nigerians who live in rural areas and on the fringes must develop mechanisms to live with insecurity since obviously, the government has failed in its primary duty of protecting them.

And unless the government prioritizes security and fighting crime, we assume that 2023, an election year, may even be worse than now and insecurity is not going away soon.

The third lesson is that technology is changing our lifestyle as a nation and as individuals. Our way of life is rapidly evolving and is influenced more by technology and artificial intelligence. The old ways are being quickly replaced by new ways anchored on technology. We now have e-banking, e-politics, e-healthcare, e-learning, and e-communication, and they are pervasive. 2022 witnessed an unprecedented increase in the adoption of new technologies in our national life than previously seen. Nigeria is now the 38th largest market for eCommerce globally and it is projected to grow by 16.30 percent annually.

The adoption of the cashless society principle is fuelling a change in cash regime, money distribution, and reliance on banking technology to control financial transactions more now than ever.

Technology is changing the way we act and think as a people. If our leadership does not keep pace, it will lead to widespread discontentment by an enlightened citizenry getting more impatient with an analog decadent ruling class. We are nearly there.

The electoral campaign we are witnessing may be the most social media election campaign ever in the history of Nigeria.

Young citizens in Nigeria are not shy to fight for their political interests online, and the social media space is almost the most militant political space in Nigeria. The democratization of the public space has allowed the voiceless to be heard. Many people who hitherto may not have had access to traditional media are constantly spewing their political views and consuming other people’s opinions on social media. The ultimate lesson is that this wave of technology-driven change can only continue and would not slow down soon.

The fourth lesson is that mass discontent is gathering momentum. In the past few years, we have witnessed many Nigerians disaffected and discontented with the political orthodoxy. Rather than being apolitical, these people have become active and are creating new loci or finding appropriate loci to coagulate and form a critical mass to agitate for change.

We see this group in the secessionist movements of IPOB and Sunday Igboho groups, the EndSARS agitation group, and other non-state actors’ groups that challenge the state, the elite class, and the socio-economic and political space. When each coalition fails, they re-group and quickly emerge in another group. The transmogrification of the vocal secessionist movements and other social agitators into the ‘Obedient movement’ is worthy of mention.

The lesson from a phenomenon called, “The Obedient” is the emergence of a discontented majority who find appeal in the anti-establishment rhetoric of Peter Obi. Whether Obi-Datti wins the presidential elections or not, this anger will snowball into something more significant that a different sort of social organizing agent for change for sinister outcome could harvest. The Nigerian bubble may soon burst! My concern is that mass discontent is gathering momentum without corresponding shared consciousness for change in a positive direction which may lead to anarchy. Any new government must try to douse this palpable national tension and bring about change that will reverse the trajectory of Nigeria. It cannot be business as usual in Nigeria.

However, any restructuring exercise must be holistic, and physical, promote greater productivity and be in line with Nigeria’s historical antecedents. Anything short may touch the fault lines of the diverse multi-religious, multi-ethnic, and multi-language society. I will advise any new government to attempt severe economic, political, or physical restructuring in the first year of administration. That way, it will take three years before another election, and people may either be used to the new normal or may have started seeing the inherent benefits of a well-thought-through restructuring for all.

Finally, I expect everything not to be the same again in the world and Nigeria come 2023. We either embrace change in its different dimensions, or we perish. The signs are not ominous, and there is hope. The hope is that the new government has its job cut out from day one .. No one is under the illusion that the task of resetting the nation on the path of safety and growth is going to be straightforward. Far from it.

But to make meaningful progress, we must strive to accomplish worthy goals and build on our progress, if any, in 2022.

UN Says A Choice Need To Be Made To Live In...