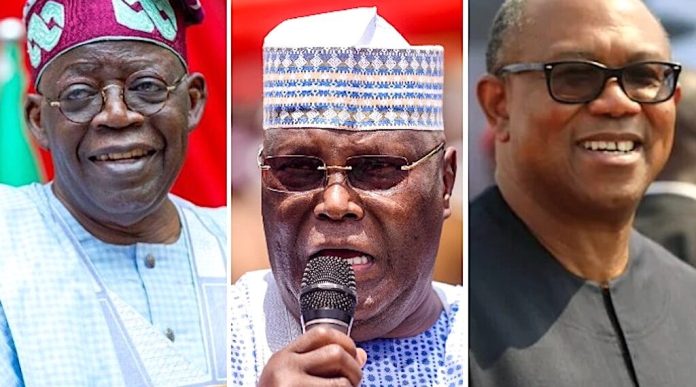 The year 2023 for Nigerians is about choice and with choice comes consequences. We face critical decisions on many issues that will define our future as a country and as citizens. The most obvious and consequential of this choice and consequence effect is the general
elections.

We will be voting at various levels and constituencies to elect leaders that will pilot the country’s affairs for the next four years. The presidential election is the zenith of these elections, and its significance has far-reaching consequences for the country. On its face value, unlike earlier presidential elections where we had two real options, Nigerians have many options in this one comparable only to the 1979 presidential race when we had to choose from five candidates.

At a closer look, you will see the practical application of American psychologist, Barry Schwartz’s paradox of choice theory. The paradox of choice stipulates that while we might believe that being presented with multiple options makes it easier to choose one that we are happy with and thus increases citizen satisfaction, having an abundance of possibilities requires more effort to decide and can leave us feeling unsatisfied with our choice. Many citizens think the options before us make us more frustrated and less happy overall.

Three or four Presidential candidates are of note, depending on your perspective and depth of understanding of the political landscape. Each possesses unique attributes as well as shortcomings.

Candidates may only embody some of our aspirations and reflect some of the values we want to see in our country’s future president. However, it is still our responsibility to analyze all the information presented to us and chose a candidate we are convinced will lead Nigeria for the next four years and set us on the course of economic, social, and political growth.

The choice before Nigerians by February and march next year is not essentially only about candidates but about the outcome of the socio-political and economic realities, we like to see post-2023 elections. The contest is also about the unity of Nigerians versus the triumph of regionalism or ethnicity, security versus insecurity, and unbridled corruption versus good governance. Each presidential candidate represents a shade of this, but none embodies all the positives. Here lies our dilemma.

We have historical antecedents to rely on to unravel this dilemma. History provides a few lessons that shed light on how we dealt with similar situations, what outcomes we had, and how they affected our past and present. In the 1979 elections, which best represented multi-party elections, each presidential candidate represented a distinctive offering. Shagari was a pro-establishment, nationalist, and free-enterprise economy advocate. Awolowo was the symbol of the welfare state or socio-democrats who believed that government should do the greatest good to the most significant number of citizens hence his pursuit of free education and free healthcare for all. Azikiwe was a nationalist who believed in free enterprise. Aminu Kano was a pro-masses and pan-socialist. Waziri was also a man who believed in free enterprise. Nigerians voted in Shehu Shagari as president and lived with the consequences of that choice. Many choices of presidential and gubernatorial options did not necessarily translate to the best outcome.

Subsequent presidential elections in 1993, 1999, 2003, 2007, and 2015 followed the binary option where we had two dominant candidates to choose from. However, these options were only binary in the sense of having two different candidates but not binary in ideology, or leadership approach to solving our socio-economic challenges. In all these cases, the options before Nigerians had nothing to do with policy or ideas but about personalities.

The current presidential election presents a unique setting – we have many options but fewer ideas and values to choose from. Ordinarily, the assumption is that as the number of options increases, so will citizens’ utility from voting also increase. But this is not true. We may have four contenders for the presidency; however, it is clear that we have options of personalities and not ideology, value proposition, or ideas on how to solve Nigeria’s hydra-headed challenges.

Tinubu and Atiku represent pro-business, pro-establishment tendencies with strings of promises to inject fresh ideas to build a better country. Peter Obi and Kwankwaso, on the other hand, represent different shades of anti-establishment, pro-masses, and social democratic tendencies with a commitment to disrupt the existing system.

Peter Obi and Kwankwaso are products of the establishment and beneficiaries of the pseudo-capitalist order, having served as governors in the past and have been prominent members of the PDP and APC parties. Running their campaigns on how bad the two dominant parties are and how they destroyed Nigeria, they portray themselves as repentant former PDP and APC members that have seen the light and have adopted a messianic triumphalism in rescuing Nigeria from PDP and APC Satanic claws.
This situation sounds hypocritical but resonates with some citizens who are discontented and disgruntled with the existing orthodoxy. Peter Obi seems to have successfully appropriated the masses who are dissatisfied with the two political parties due to past failures and has taken advantage of the youth’s anger against a system they feel has a stranglehold on their necks. We know that come 2023, either an establishment presidential candidate will emerge winner or an anti-establishment candidate will. However, no matter who wins, his job is cut out to transform Nigeria.

We are living in unprecedented times in our history. We are facing an economic crisis of a magnitude never seen before: unemployment is embarrassing, tension among different ethnic groups is at an all-time high, and insecurity is alarming. The world is watching whether we will fall off the cliff or we shall triumph. This unique era makes it imperative that we be deliberate in getting citizens to understand the importance of our choices in 2023. If we get it wrong, we will move from socioeconomic purgatory to socioeconomic limbo in a relatively short period.

It is time we examined and interrogated policies, projects, and activities candidates have in their manifestos, the character and personality of each candidate, and their professional experience to ensure that the candidate fits the person specification for the presidency of Nigeria. It is time we do not allow parochial religiosity, ethnicity, and politics of financial gratification to influence the candidate we choose. The consequences of doing business as usual are dire even to contemplate.

This juncture is critical and constitutes an elite dilemma. Nigerians need to watch out for red flags among the candidates and allow their knowledge of the candidates to determine their vote choice. If a candidate does not have a track record of outstanding performance in previous work or profession, we must expect them to stay the same when elected president.

The broadly unenlightened masses all share the same concern: mass poverty, ethnicity, and hunger. Unfortunately, some citizens do not care about the long-term outcomes of the electoral process and are bent on jeopardizing the whole process. Enlightened and patriotic citizens must engage continuously so ordinary citizens appreciate that there are consequences for whatever choice we make this year.

The choice dilemma is not peculiar to presidential elections. The quality of National Assembly members and Governors at the subnational level is also essential. A critical factor that determines economic growth in a democracy is the competence, capacity, and commitment of elected representatives. Somehow, though not empirically proven, the quality of our representatives seems to be degenerating with each cycle of the election. In this forthcoming election, we have multiple options but not essentially better options. Citizens must vote for candidates with the knowledge and passion for serving in the Assembly rather than turn it into a retirement home for ex-governors and retiring politicians.

More worrisome is also the caliber of persons elected at the sub-national level as Governors. The bulk of citizens’ lives is best improved at the state level. States are closer to the people and have consequential decision-making powers on crucial development issues that affect the poor. From infrastructure, electricity, education, healthcare, and land administration to agriculture. States which have a tremendous influence on local government administration are responsible for the expenditure of a lot of national revenue. In practice, states combined with LGA, account for almost half of all federal revenue expenditure (current revenue formula is FGN 52.68%, and State and LGA 47.32%). The import is that the quality of governance in the states significantly impacts national development.

We are experiencing stunted growth because of the poor quality of government at the state level, which is getting worse with every cycle of elections. At this subnational level, serial failure of governance, which is a product of mediocre leadership, has led to poor socioeconomic outcomes, widespread poverty, weak healthcare, and educational system, insecurity, and lack of trust in governance. Our choice in this election will determine the quality of service at the state level – the strength, unity, and prosperity of our country going forward.
Happy new year to all Nigerians and may 2023 offer us the best in leadership for the good of our country.

Diri Calls For Urgent Action On Insecurity In Niger Delta