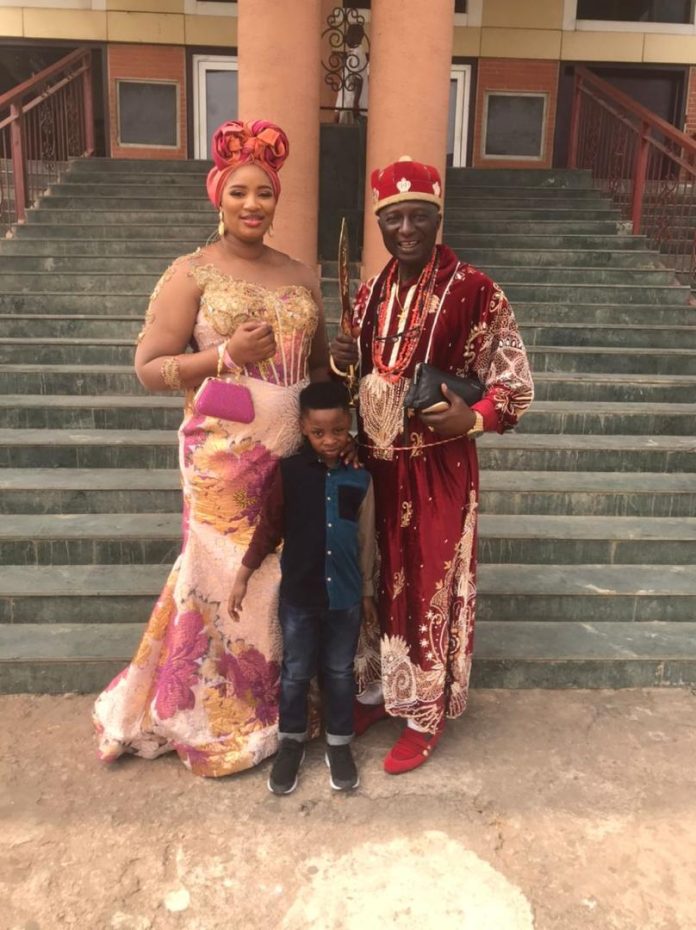 By Chuks Eke
Impressed with the efforts of Governor Chukwuma Soludo’s administration so far in ensuring the rapid transformation of critical infrastructures in Anambra state, the traditional Abacha community in Idemili North Local Government Area of the state, Igwe Godwin Nwabunwanne Odiegwu has canvassed massive support for the governor.
Igwe Odiegwu who made the call yesterday at Abacha Community Stadium
during his maiden Ofala cultural festival, said Soludo really needs the support of Ndi Anambra to excel further in his ongoing transformation agenda.
According to the monarch whose speech was read on his behalf by Chief (Amb) Jeffery Ubah the Cabinet Secretary of the Abacha Igwe-in-Council,
“from the impressive achievements Soludo has so far recorded within the little time he has stayed in office, I am sure if given maximum support, he will surpass all his predecessors in office in terms of performances”.
He further commended the state government functionaries for their efforts and commitments so far towards the town developments, even as he also highlighted the cooperation of his subjects in ensuring that a new era of peace and joy was kick-started in the town after a moment of retrogression.
On the Abacha kingship throne which he has assumed, he pledged to uphold the sanctity of the throne as well as carry everybody along irrespective of status.
He also assured that he will carry his Cabinet members, town unions, and all stakeholders in the town decision making adding that his motto and priorities are to pursue anything that will promote peace, development, brotherliness, etc for the town.
In his remarks, the State Commissioner for Culture and Tourism, Don Onynji who graced the occasion with his wife, commended the people of Abacha on their peaceful disposition and their maximum support to the Monarch as can be attested to by their massive turnout for the event.
While noting that his ministry is eager to partner with various communities in the state to develop the state culture, Onyenji enjoined the people of Abacha to always live in peace and give maximum support to their monarch for peace to thrive in the town.
Earlier, High Chief Onowu Paul Omofia, the traditional Prime Minister of the town, who also is the Chairman of the Ofala Central Working Committee, traced the history of Ofala in the Community and recounted so many challenges that wanted to derail the community celebration of public Ofala.
Omofia however thanked God for making the occasion a reality even as he said that the emergence of Igwe Godwin Odiegwu was an act of God.
Highlights of the event were masquerade displays as well as cultural displays, and the bestowment of chieftaincy titles to deserving personalities among others.

Independence Anniversary: Access Bank To Reward 14 Customers With N1m Each