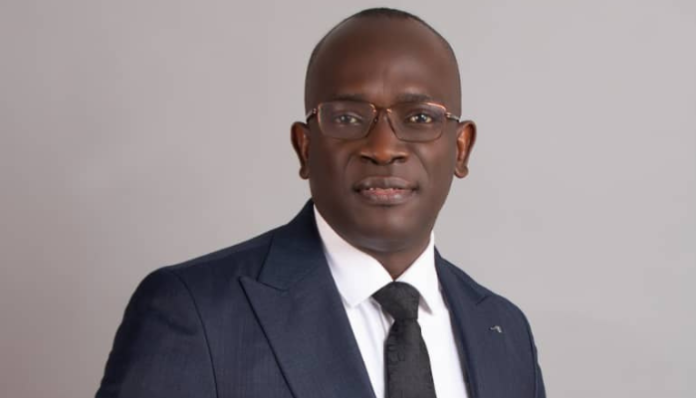 NIGERIA Employers Consultative Association  (NECA), has raised the alarm that Nigeria’s debt profile could hit N77 trillion in June 2023, saying returning the economy to the path of sustainable growth demands that certain fundamentals must be gotten right.

The umbrella body for employers in the country warned that the government is overburdening the citizens and businesses with excessive taxation, urging the government to act fast before and arrest the economy from sliding into deeper challenges in the face of dwindling revenue and myriads of economic challenges and with seeming confusion on how to address the challenges.

Speaking in Lagos, NECA’s Director-General, Adewale-Smatt Oyerinde, said among the fundamentals to halt the slide “are stable and highly predictable revenue streams, growth-focused monetary and fiscal policies, a secure and business-friendly environment and a legal, regulatory and legislative system that promotes equity, justice and enables enterprise competitiveness.

“These fundamentals are currently either lacking or highly compromised. At the last count, the nation is neck-deep in debts hovering around N44.06 trillion in September 2022.

“However, if the N23.7 trillion CBN loan is securitized, our debt stock could amount to about N77 trillion in June 2023; Crude oil production grew in the month of December 2022 by 4.2 percent month-on-month to 1.23million barrels per day, but remained significantly short of the 1.8million barrel per day allocated by OPEC to the nation, amounting to about $2.5billion loss monthly at an average of $100pb; oil theft seems to continue unabated and the unsustainable subsidy on petroleum products have all conspired to reduce Government’s revenue, leading to absurd debt accumulation.

“The obvious misalignments between the fiscal and monetary policies, which are deflating investors’ confidence and making the country unattractive for Foreign Direct Investment (FDI), in spite of our large market, have all made growth projections academic.

“Deliberate efforts must be made to reverse some of the current policies and implement new ones. All leakages associated with Government revenue must be blocked (oil theft, skewed concessions, fuel subsidy, etc), and a wholesome review of the Tax administration to make it more equitable and investor-friendly should be initiated.

“While Governments in other climes are either reducing tax rates in order to enhance economic activities promote sustainable consumption and attract investors, Nigeria cannot continue to over-tax its businesses and citizens. With over 50 different taxes, levies, and fees and Company Income Tax hovering around 35%, raising taxes to increase revenue will be counterproductive.

“As the nation nears the mark of N77 trillion in debts with negligible impact on infrastructural development, the incoming Government must develop strategies to diversify the revenue base through the revival of the country’s lagging non-oil sectors.

“The fable about the Debt to GDB ratio can no longer hold as the Government in the 2023 budget has also surpassed the 3 percent Debt to GDP ratio stipulated in the Fiscal Responsibility Act.

“While there have been projections for a global recession in 2023, the time for a major paradigm shift in our economic philosophy is now. Over the last decade, the country has spent over N10 trillion on fuel subsidies, about 15.5 trillion on Capital Expenditure, 2.5 trillion on Health, and about 3.9 trillion on Education.

“This is a misplacement of priority and shows that critical developmental items such as education, health, and infrastructure have suffered due to the crass misplacement of our economic priorities. The nation seems to be behind in all economic growth fundamentals, except a large market, which if not harnessed might become a curse as the implementation of the AfCFTA swings gains more steam.

“While we appreciate the concern of ASUU on the need to increase tertiary education funding, however, the call for the increase of TETFUND from the current 2.5 percent to 10 percent is unfortunate and undesirable. We should not kill a sector to feed another as businesses are overburdened with taxes already, making the country’s taxes one of the highest in the world.

“At this point in time, we need to analyze the effectiveness of the TETFUND over the period before providing a knee-jack solution.

“We are of the view that there is a need to design a long-term funding mechanism for tertiary education and contributors to the fund must be assigned to supervise its spending.

“We urge that all hands must be on deck to rescue the economy from near collapse as the current Government winds up its activities,” it said.

Agba Commends FIRS For Generating Over N6.405tr Tax Revenue In 2021