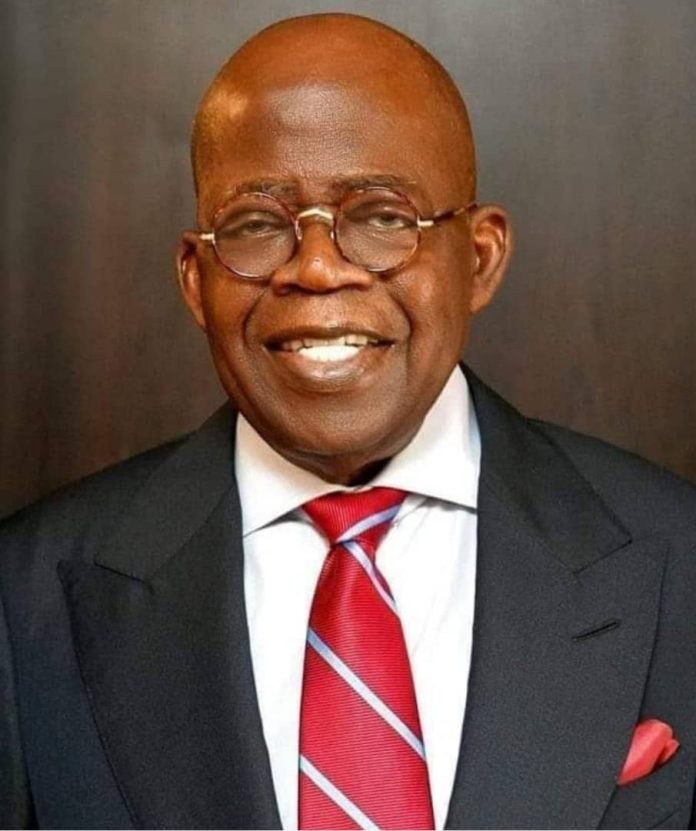 The DG said the economic  prosperity of Lagos during and after Tinubu’s administration was a  indication  of his competence and capability to combat and find solution  to ailing economy.

Speaking during the inauguration of GICC ,Ambassador Adesuyi who also doubles as the state coordinator of Youth Alliance for Tinubu in Ekiti said the group is doing everything within its powers to deliver  massive votes to Tinubu and other APC candidates in February 25,2023

He noted that Tinubu ,over the years had shown capacity to mentor and propel the youths to the position of leadership.

“Tinubu is a man who has shown in the past and present that youth inclusiveness is not  ought to be, but reality by making young people critical part of governance, no one else does it better than Asiwaju.”

“Tinubu demonstration of skills in the  economic development, the result of which you can see not only heard and the impact of which is there for all and sundry. No one understands the youths better than Tinubu.

“The economy of Lagos today has so much effect on the economic growth of other States in Nigeria and this is the kind of a man Nigerians need in a time like this. “Beyond rhetoric, we have among the candidates jostling for presidency, a pragmatic leader who is unequalled in terms of demonstration and possession of credentials and antecedent worthy and needed to govern this country.

“A grassroots politician with clear understanding of the dreams and aspirations of the young people, that is Asiwaju Bola Ahmmed Tinubu. Hence, we can not but deem it a worthy duty to encourage and mobilize for effective participation of youth demography to enable our him, the All Progressives Congress (APC) Presidential flag bearer, Asiwaju Bola Ahmed Tinubu and other candidate in the February, 2023 general election with minimum of 80 % of the total vote in Ekiti.

It is not lost on us that there are many wrong messages created to deliberately lessen the credibility and capacity of this Born Leader, so as to misinformed the innocent Young Nigerians.

YAT/GICC youth department being unique platforms with the understanding of Genuine Leadership and Country Nigeria  have prepared our arsenals of young and vibrant Ekiti youths to take the truth about Asiwaju to the grassroots( 16 LGA, 177 wards and 2450 polling units) .

The Assistant State Coordinator of Youth Alliance for Tinubu in charge of Ekiti North Senatorial District, Deji Ogunbusuyi opined that it is time to vote for somebody who believes in building people and raising future leaders as this is what Asiwaju has been doing before now and he is still doing it.

He is not a selfish politician but a man who always willing and eager to raise people from zero level to an enviable height in the realm of politics.A vote for Asiwaju is a new dawn for the youths.

About 169 Households To Benefit From EDO-CARES Grants