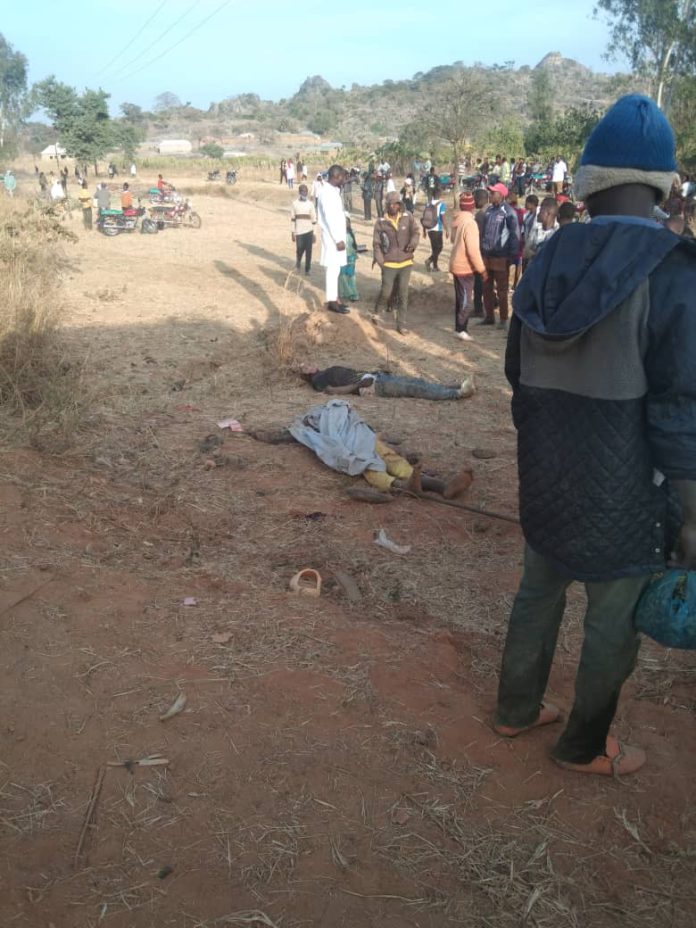 The Plateau State governorship Candidate of Peoples Democratic Party, Hon. Caleb Mutfwang has described victims of Saturday truck accident who were on their way from Atiku- Okowa-Caleb- Piyo Càmpaign rally at Pankshin LGA as heroes of democracy .

It would be recalled that Seven (7) people lost their lives in the road accident on Saturday evening involving supporters of the Plateau State Chapter of the Peoples Democratic Party who were returning from Pankshin LGA Plateau central Zonal Rally.

The victims were said to have crashed when their truck crashed on a slope between Pushit and the Panyam bridge in Mangu Local Government Area in Central Plateau.

32 of the passengers were said to have sustained varying degree of injuries.

Spokesman of the campaign of the campaign council Yiljab Abraham told newsmen on Sunday in Jos that 21 victims of the accident are currently receiving medical attention at NICI Dominus hospital Mangu, Nanret clinic Mangu while ten of the victims who were in critical condition were rushed to Jos UniversityTeaching Hospital (JUTH) .

He said two of them were in critical conditions with one undergoing emergency surgery at NICI Dominus Hospital.

According to Abraham,the evacuations were coordinated by the Medical Team of the Campaign Council headed by Dr Juryit, some personal staff of the PDP Governorship Candidate Barr Caleb Mutfwang with the aid of many sympathisers.

In his reaction, the Party governorship Candidate Mutfwang expressed shock, describing the sad incident as a tragedy.

He asked for prayers and every support to be extended to the grieving families and healing for those injured.

Barr Mutfwang said of the accident victims “These are indeed gallant soldiers of democracy who gave their all.

“They are heroes of our democracy, and they deserve that we celebrate them while at the same time comforting their families”.

“We assure them that their sacrifices will not go in vain. Their memories must remain ingrained in our minds as true partners of our determined march toward an authentic rescue of our nation and Plateau State.”

Similarly, Director-General of the Campaign Council Hon Letep Dabang expressed profound sadness at the loss of lives and injuries sustained.

He prays for God’s strength for the bereaved families and God’s miraculous healing upon the injured.